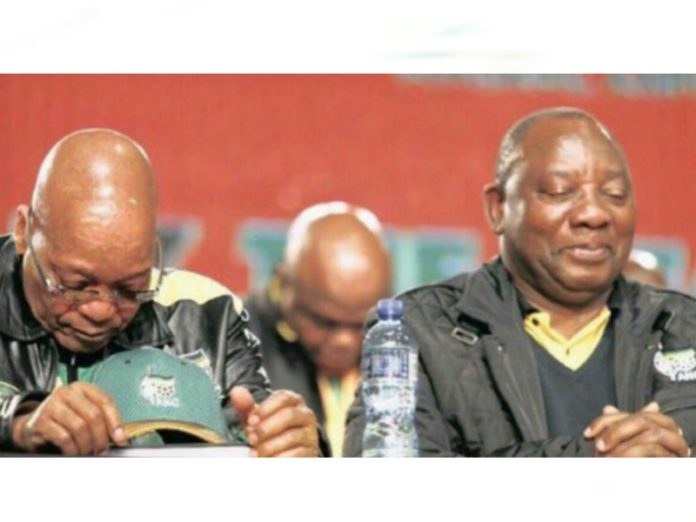 When Cyril Ramaphosa first became president, many speculated that the new sheriff in town would be a pushover.

But four years later, it seems that he’s just been playing the long game.

He has quietly looked on as three of his most potent ANC rivals have politically imploded.

First, it was the suspension of Ace Magashule in May, and then last month, Health Minister Zweli Mkhize was axed over the R150 million Digital Vibes saga.

Then the most seismic event of all happened: Jacob Zuma, the man who was once the most powerful political operator in the ANC, was thrown in jail.

Ramaphosa didn’t have to do much to make it happen. Despite all the huffing and puffing of their supporters, it was they who marched themselves into the political wilderness.

“By taking Zuma down, he has proved that he is in charge and no one saw this coming both inside and outside of the ANC,” he said.

Ramaphosa first dispatched Magashule, a man who was tasked with overseeing ANC in his job as secretary-general.

In May, the ANC National Working Committee unceremoniously suspended Magashule.

Khumalo said placing Bheki Cele as Police Minister and Ronald Lamola as Minister of Justice was a strategy which had gone unseen by many.

Cele and Lamola, both Zuma enemies, handled his arrest and processing at the Estcourt correctional services.

“Ramaphosa knew what he was doing, but very few people noticed his strategy then.”

Khumalo, however, cautioned Ramaphosa to tighten his grip in the ANC if he wants a second term as president, although he seems set to retain his position next year.

Ramaphosa is expected to make a decision on the future of Mkhize, the former KZN premier and the man who was once Zuma’s ‘plan B’ in the ANC succession race.