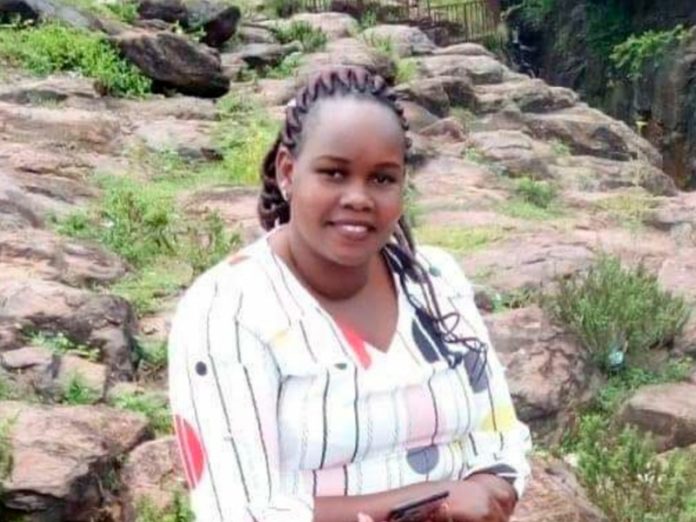 An elite multi-agency team has been put together to track down fugitive police officer Corporal Caroline Kangogo, who is accused of two murders.

Kangogo remains at large despite the efforts of a large-scale manhunt which has gone on since 5 July.

The new team comprises the police, the military and the Directorate of Criminal Investigations (DCI), and will have considerable resources at hand to help locate Kangogo.

The police corporal is wanted for allegedly killing a fellow police officer John Ongweno in Nakuru on 5 July, and another man, Peter Ndwiga, the next day in Juja, Kiambu County.

She is known amongst her ranks as a “sharpshooter” and a top assassin and it is believed that she used Ongweno’s assigned firearm to kill him.

A divorcee and a mother of two, Kangogo was reportedly dating both men. Her second victim, sources say “was the main boyfriend, who is also known in Nakuru.”

After shooting Ongweno, Kangogo went off the grid, deactivating all of her social media accounts and dumping her cell phone.

The next day, Ndwiga was found slain in a hotel room in Kiambu on Tuesday. Following his death, police believe that Kangogo has 13 remaining bullets.

Ndwiga had reportedly assisted the wanted policewoman to escape from Nakuru County. It is thought that Kangogo may have killed Ndwiga when a deal over a stolen car went sour, according to the Kenyan news publication.

Following the enlisting of the multi-agency team on Monday, a senior detective with the DCI Special Service Unit told AllAfrica that authorities are expanding their resources in the hope of tracking down Kangogo.

“We have expanded our hunt to major highways, hotels, lodges and other places where we feel she could be hiding. Soon we shall arrest her,” he told the publication.

The Kenyan public has been warned that Kangogo is considered armed and extremely dangerous.