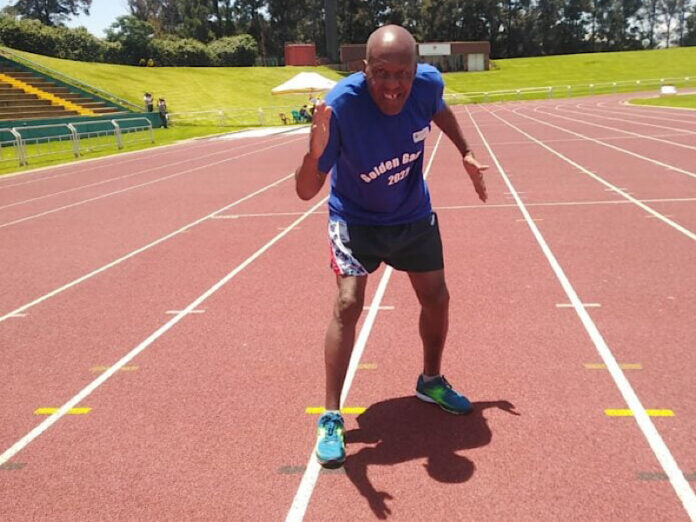 Despite failing to defend his gold medal, the former news man managed to walk away with a silver medal with the time of 33.7 seconds. The “Gautrain” as he is affectionately known by his fellow runners, says he is still pleased with his performance, although he wanted position one.

“I would like to encourage my peers to get involved in sports, because it is good for your health and it keeps you fit. These kinds of games afford us an opportunity to meet other elderly people from all over the country and that is very exciting to me,” Rikhotso told Scrolla.Africa.

In 2019, he was crowned the champion in Port Elizabeth with the time of 33.06 seconds, which was also his personal best. The sprinter was representing team Limpopo and says it is always an honour to represent his province.

The three-day event which saw different elderly men and women from across the country competing, started on Monday, and was officially opened by the Minister of Social Development Lindiwe Zulu at the Germiston Stadium.

Rikhotso is a former SABC Munghana Lonene FM journalist, who retired in 2012.

He was born and bred at Mafarana Village outside Tzaneen and is an award-winning author of 18 Xitsonga books; some of these have been prescribed at schools.

Rikhotso told Scrolla.Africa that he is ready to reclaim his title next year at an event that will be held in Mpumalanga.