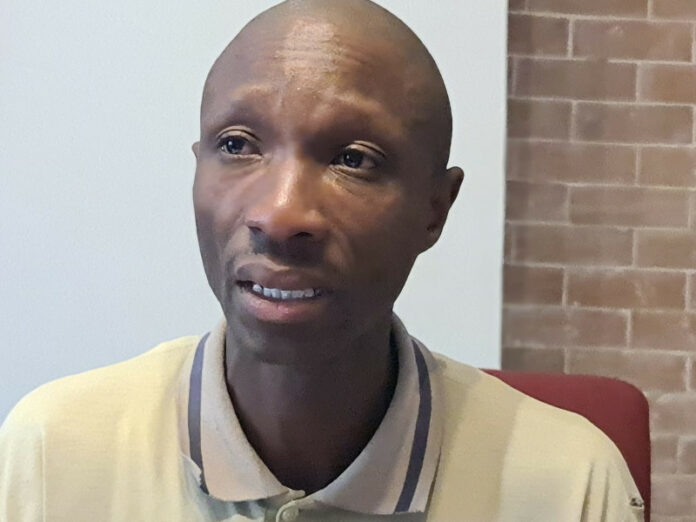 When Teboho Abraham Kutoane was sentenced to 37 years in prison, he thought his days of romance were behind him.

But to his great surprise, Teboho found the love of his life while serving his jail term – and that’s what got him through each day as he neared the end of his sentence.

He told Scrolla.Africa that he fell in love with a Christian woman who used to come to the Groenpunt Maximum Prison to pray for the intimates.

“Every time the church came down to pray for us, that woman was there. I fell in love with her and one day, I took a chance to speak to her in 2013,” Teboho said.

To his complete shock, Teboho said she felt the same way and agreed to be his lover! But that was little comfort to him as he did not know when he would be released.

“It was a great moment for me. But then, I had no idea when I would be released so that I could build a family with her.”

Teboho said just seven months after he met Sellwane Kotoane, he was released – on 13 December 2019.

“I found Sellwane waiting for me. The day I was out of jail, she welcomed me into her arms and we have since been living happily as a family.”

During his 11 years in prison, Teboho lost his father and mother and many other close relatives.

“There was no one to go to my wife’s family to do lobola negotiations and I had to go myself. It was amazing that her family welcomed me.”

Teboho described his arrest and time in jail as the most painful time in his life.

“The police who arrested me assaulted me and left me to die. While I was in the Vredefort police cells, I wanted to end my life by hanging myself.”

Tebeho recalled with pain how he would try and fail to hang himself with his jersey.

After they sentenced me on 23 March 2008, I was subjected to another torture from jail gangs.

“At times, prison warders would force us to walk naked holding our hands on our heads in front of female prison officials. Jail is not nice,” he said.

Teboho, who believes that he was wrongfully arrested and convicted, said he has written a book that will reveal the most inhuman activities happening in prisons.

Lesley Ann van Selm from Khulisa Social Solutions said they are helping Teboho integrate into the community and are finding help to have his book published.