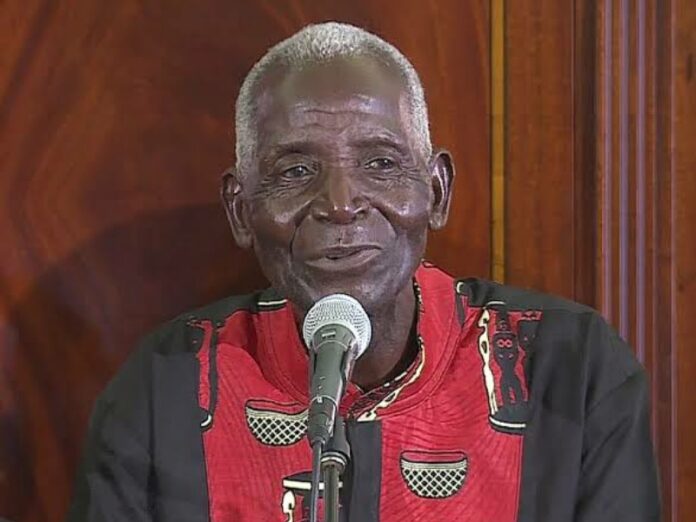 Gides Chalamanda was already 70 years old when he recorded his single “Linny” in 2000.

Twenty-two years later, the 92-year-old Chalamanda has become a global sensation after the song went viral on social media.

On Tiktok alone, “Linny” has amassed over 80 million views – and still ticking.

It is being shared as part of the viral #LinnyHooChallenge, uniting people of all races, ages and gender who join together to sing along to the catchy tune.

Artists from South Africa, the Philippines, and Canada have made their own remixes in appreciation of the track, which is said to speak to the soul of individuals who listen to it.

The video of the song first went viral after it was posted on YouTube where it racked up more than 6.9 million views. Late last year, it landed on TikTok and toured the globe.

And until recently, Chalamanda had no idea! He only learned of the song’s sensational social media popularity from his children and their friends.

Chalamanda was born in 1930 in Chiradzulu, a small town in southern Malawi, 25 kilometres from Malawi’s commercial city of Blantyre. He first found fame in his homeland with lilting songs such as “Buffalo Soldier”, in which he dreams of visiting America, and “Napolo”.

In the Chichewa track, “Linny”, Chalamanda speaks about the appreciation he has for one of his daughters, Linny, for her good manners and her help to her parents when she sweeps around the yard.

“Linny was also appreciated by her teachers at school for her hard work.”

In 2015, Chalamanda was nominated for Best Neo Traditional Artist at the Music Malawi Awards.

Over the past decade, Chalamanda has collaborated with several younger musicians and still performs across the country.

Over the past festive season, Chalamanda entertained many Malawians by performing live shows in the major Malawi cities of Blantyre, Lilongwe, Mzuzu, and Zomba.

The energy he still carries on the stage is enough to get his audiences on the dance floor.

A twice-married father of 14 children, only seven of whom, including Linny, are still alive, said he has no idea how to secure royalties for the TikTok plays.

His manager Pemphero Mphande told AFP that he was looking into the issue and the Copyright Society of Malawi said it was ready to assist.