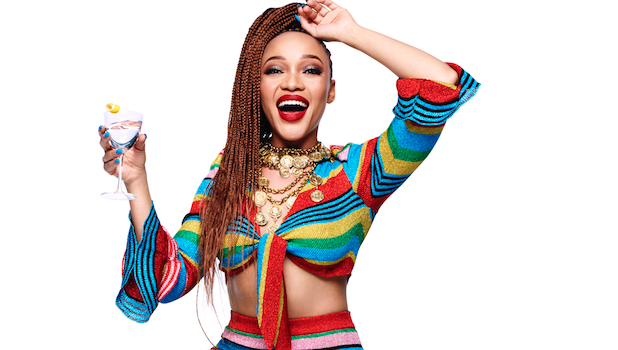 Thando Thabethe has been appointed to take over from DJ Fresh’s slot in the afternoon show that will be called “947 Drive with Thando.”

Radio personalities DJ Fresh and Euphonik were suspended in mid-January after rape allegations against the pair were brought to light. These charges were dropped in February by the NPA, saying there was not sufficient evidence to prosecute the pair.

“Thando has over a decade of experience in the entertainment industry and has proven to be a successful and gifted presenter during her time on various radio stations,” said station manager Thando Makhunga.

“She is young, dynamic and a multi-talented woman, whose drive and ambition is a great example for all South Africans with the courage to reach and work for their dreams.”

Actress and radio presenter Thabethe announced on her Twitter page on Monday that she will be the new host of the afternoon show.

“I’m really excited to be returning to radio and to have been approached by Joburg’s coolest frequency. It is fantastic, I have always loved radio as a medium to genuinely connect with people through music and conversation,” said Thabethe, speaking to her new co-host Alex Caige.

“I can’t wait to get behind the mic and contribute to the station’s listening experience.”