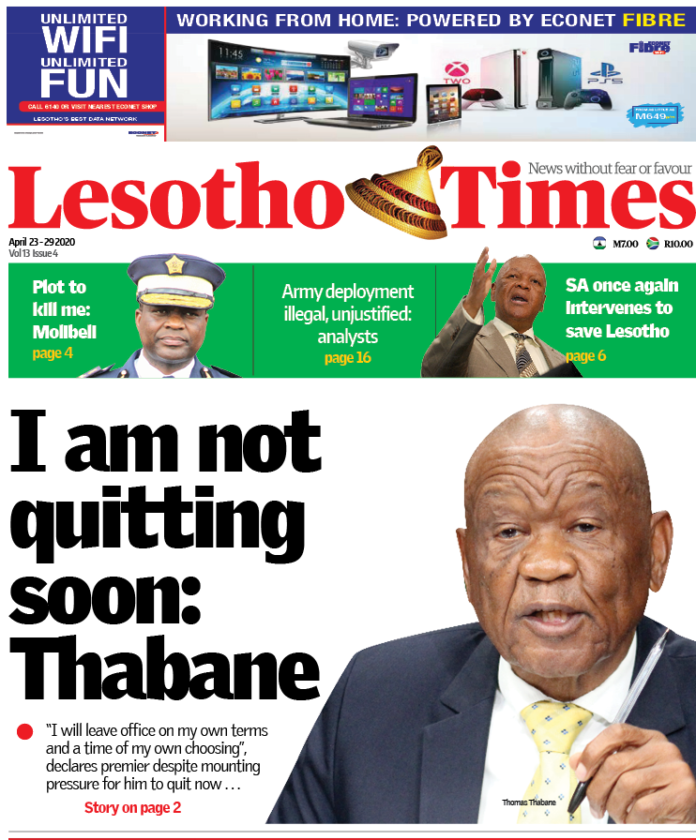 “The time to retire from the great theatre of action, take leave from public life and office has finally arrived,” he announced on TV.

Finance minister Moeketsi Majoro will be sworn in as the new prime minister by Lesotho’s king on Wednesday.

Thabane was supposed to resign last week but refused at the last minute. His own party pressured him to resign for months after he was named as a suspect in the murder of his ex-wife.

A spokesperson told the BBC that the party will not support immunity for Thabane.