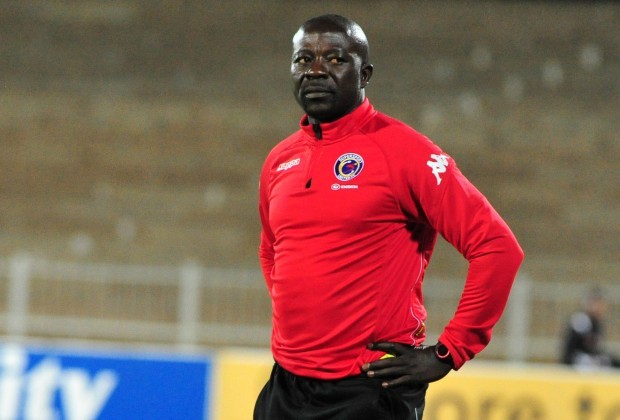 SuperSport United coach Kaitano Tembo has warned his players to be on their guard against struggling Kaizer Chiefs.

“We all know Chiefs are going through a rough patch. They are struggling but so is everybody else in the league. We can’t afford to take them lightly because they are still a good team,” he said.

“Gavin Hunt is a great coach who has won many trophies.”

United last played Maritzburg United away and they won that match 2-1. They were scheduled to play Bloemfontein Celtic last Wednesday but the match was postponed to give Phunya Sele Sele time to prepare for the MTN8 final.

Chiefs last played on Wednesday, drawing 2-2 against Black Leopards. Amakhosi came from two goals down to get a point.

Tembo said he watched that match with interest and he saw an improved Chiefs – especially in the second half. He added that his players should be strong defensively and use the goal scoring opportunities they create.

“Their players were hungry when they came back from the break. The fighting spirit was there. That was the Chiefs I know – that’s the Chiefs I’m expecting to play against on Wednesday. They are dangerous. We should be at our best at the back and cut out individual mistakes,” he said.

The Zimbabwean mentor, who also captained United, singled out individual Chiefs players that he thought could hurt any team on a good day.

“Players like Leonardo Castro, Khama Billiat, Lebohang Manyama and Samir Nurkovic can hurt you. They are international players with a lot of experience. We need to guard against them. Chiefs are not to be underestimated regardless of what they are going through at the moment,” said Tembo.

Tembo, however, said they plan to close the year on a high. He said they intend to get maximum points on Wednesday and again on Saturday away at Peter Mokaba Stadium against Baroka FC.

The two teams meet on Tuesday night in the DStv Premiership at the Lucas Moripe Stadium at 7.30pm.