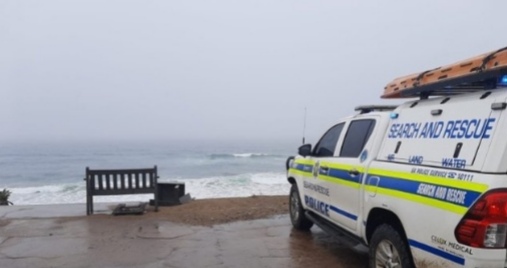 A teenager who defied the Covid beach closure rules in Durban on 16 December has apparently drowned.

According to police, the 17-year-old boy was seen by eyewitnesses swimming with other people at an unprotected swimming area in Umgababa beach, south of Durban.

The police said they would not disclose the boy’s identity until he is found.

Lifeguards patrolling another section of the beach were alerted about people flouting Covid-19 regulations.

The police said when the lifeguards arrived at the scene, the onlookers told them that the teenager had struggled to swim back to the shore.

Other swimmers were already on the beach but the teenager was not among them.

A business owner in the area said many people flocked to unprotected swimming areas where there were no lifesavers.

“It was business as usual on the unprotected part of the beach. And many people were visibly intoxicated,” said the man.

President Cyril Ramaphosa announced that beaches in Durban would be closed on December 16, 25, 26 and 31 and 1 to 3 January in a bid to curb the spread of Covid-19 as the second wave rips through the country.