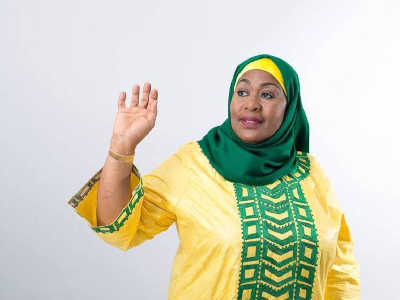 The Vice president of Tanzania Samia Suluhu Hassan is expected to be sworn in as the country’s first female president within the next 24 hours.

Hassan announced the death of President John Magufuli on Wednesday.

Under law, she will not be acting president but will take over full powers. As the leader of the country she will have the power to appoint her own cabinet as well as make changes to Magufuli’s policies.

This swift transition comes after a drawn-out end to Magufuli’s reign. The late president had not been seen in public for almost three weeks and speculation about his whereabouts – and also his health – was rife.

On Wednesday, in a televised announcement, Hassan said the 61-year-old president died of a heart condition with which he had suffered for the past 10 years.

Despite the announcement, most people were in little doubt that Magufuli died due to complications arising from Covid-19. Magufuli was one of the most prominent deniers of Covid-19.

Hassan, who is 61 years of age, is from Zanzibar and has been vice president since 2015. Before that she was minister of state in the vice president’s office.

After she is sworn in Hassan will become the second female head of state in East Africa after Sylvie Kinigi of Burundi who ruled between October 1993 and February 1994.

She will also be the second Zanzibari after Ali Hassan Mwinyi to lead the United Republic.