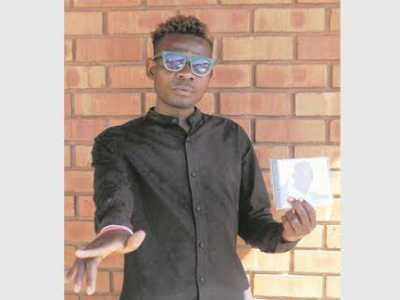 Celebrated former Limpopo kwaito star T Man Gavini who used to wow fans wherever he performed but fell on hard times because of drugs has warned others to stop before it is too late.

The musician who is now based in Pretoria rose to prominence in 2006 after the release of his hit Phezu’ kwe board which was like a national anthem.

He later released three more successful albums before he became hooked on drugs in 2017. That is when everything started falling apart.

His personal life and his music career started crumbling and he lost everything that he acquired over the years as a result of his indulgence in drugs and alcohol.

But the former star is on a come back trail and is fast redeeming himself in terms of his career and his life.

With the help of a Pretoria based advocate Mpho Nefuri, he conquered drugs.

“I blame myself for making friends with bad company who became a bad influence in my life.

I started neglecting my career and became dependent on drugs. This gradually became a habit that I could not control anymore.

“My life was in tatters and I became like someone who has lost his mind and did not listen to any positive advice,” he said.

Gavini added it was just luck that Nefuri found him and took him under her care.

He said the kind advocate paid for his rehab and is accommodating him at her house in Pretoria.

“With the help of Nefuri I have already recorded a hit single, Mazwale which was released a fortnight ago. I will forever be grateful to Nefuri.”

As a thank you to Nefuri he will soon embark on a campaign to make communities aware of the dangers of drugs and alcohol abuse.