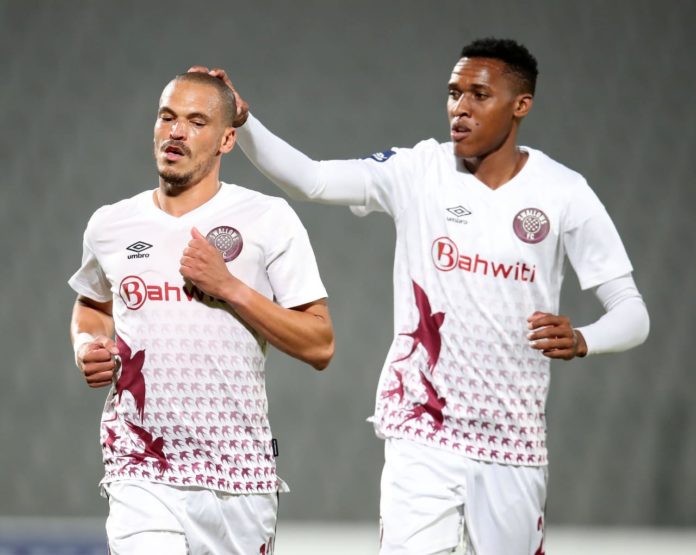 Swallows FC DStv Premiership’s title aspirations continue to blossom. Their hard fought 3-2 win over stubborn Cape Town City on Tuesday sees them tied on points at the top of the table with Mamelodi Sundowns.

Both teams have 21 points after nine games but due to goal difference Sundowns are on top and Swallows in second place. Little is separating the two after they have each won six, drawn three and are yet to taste a defeat.

But if Sundowns slip up in their next match away at Baroka FC on Saturday they could give the Dube Birds the grab they are looking for to get back on top again. Swallows also have a tricky assignment this coming weekend.

They visit Orlando Pirates for a Soweto derby on Sunday. This match is the biggest of the weekend with the teams having last met seven years ago in a 1-1 draw.

Tuesday also saw Stellenbosch cruise to 2-0 victory over troubled Tshakuma Tsha Madzivhandila. It was Stellies’ third win this season while the Limpopo side lost their second.

Before the match it was reported that the Tshakuma players reported late from their Christmas break due to unpaid salaries. Since Tshakuma owner Lawrence Mulaudzi bought Bidvest Wits’ Premier Soccer League status at the beginning of the current season, reports have been circulating that the Limpopo side is struggling financially.

In October players boycotted training sessions due to unpaid salaries but they were later paid under half of their full salaries. Former Kaizer Chiefs midfielder Joseph Malongoane left the club in October after he wasn’t paid for more than two months, but he has since returned.

Troubles at Tshakuma has seen them struggling to perform on the field of play and in eight matches they are in 12th position with just eight points.

The match between Golden Arrows and Black Leopards was postponed due to an unplayable field in the Sugar Ray Xulu Stadium in Durban. The pitch was waterlogged and the flood lights were not working which forced match officials to postpone the game and a replay date is yet to be announced.