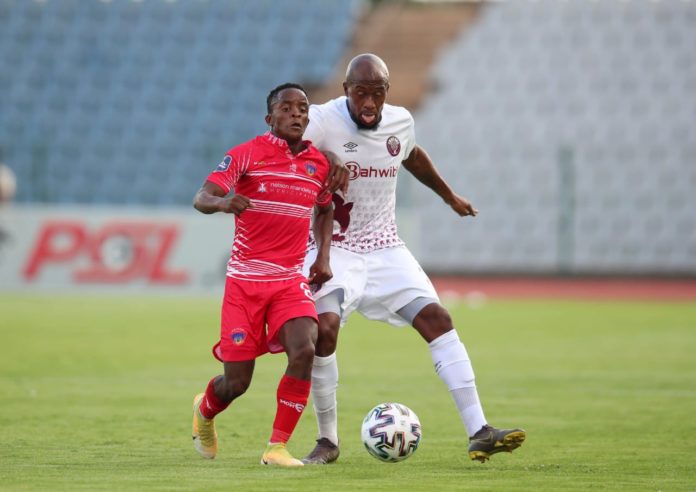 Swallows will have no one to blame but themselves for missing out on a chance to go on top of the DStv Premiership table. Izinyoni was expected to take advantage of Mamelodi Sundowns dropping points on Tuesday.

But Izinyoni too were held at home by Chippa United. Now both teams have 26 points on top and on Saturday they face each other.

On Wednesday Swallows took an early lead from their main man and player of the month for December/January Ruzaigh Gamildien. But after that goal the home team deteriorated and allowed Chippa back into the game.

Chippa’s pressing paid off and found the equaliser from Kurt Lentjies’ strike, allowing them to end the match in a 1-1 draw. Coach Brandon Truter came into the match in high spirits after he was named coach of the month for December/January on Tuesday.

But he was not happy at all after Wednesday’s match.

After missing out on a chance to go on top on Wednesday, Swallows will have another opportunity to do so on Saturday when they meet Sundowns in a battle of the top of the table clash.

The last time Swallows met Sundowns was six years ago. This time stakes are high and the winner will be three points clear on top of the table.