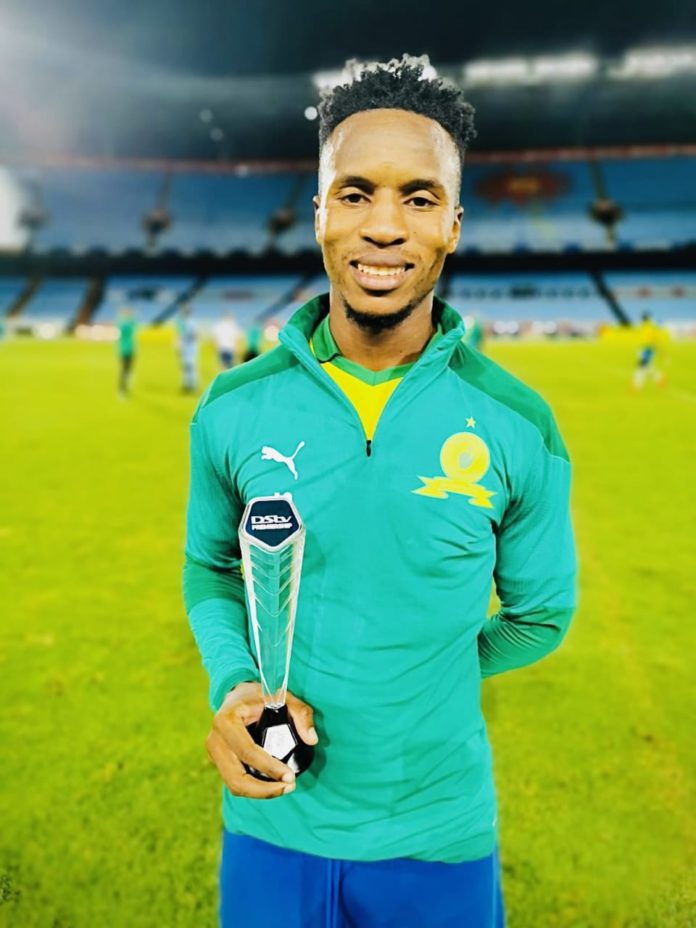 Mamelodi Sundowns players had to forget for a few minutes that they were still in mourning for their teammate Motjeka Madisha and take care of the business of soccer at Loftus Stadium on Tuesday night.

Before Downs faced TS Galaxy in the DStv Premiership many football lovers took to social media to voice their displeasure at the Premier Soccer League (PSL).

They reckoned that the match should have been postponed by the PSL to allow Sundowns players time to mourn the defender. However the PSL didn’t agree and the match continued as scheduled.

Like brave soldiers, Downs players went to war at Loftus and came out 2-0 victors with goals from the usual suspects. Peter Shalulile scored his fourth goal of the season in the first half to put the log leaders ahead.

Themba “Mshishi” Zwane came with the winner midway through the second half to make sure that the home team remained on top of the table. That goal was Zwane’s seventh so far after seven league matches.

His goal scoring form sees him remain the leading scorer early in the current campaign. Sundowns remained unbeaten while Galaxy suffered their second defeat of the season.

Downs’ Pretoria neighbours SuperSport United were also in action not too far from them. United added more misery at Kaizer Chiefs’ poor start of the season.

They defeated Amakhosi 2-1 at Lucas Masterpiece Moripe Stadium in a match that put more pressure on coach Gavin Hunt. United strikers Bradley Grobler and Sipho Mbule scored for United to continue the pressure on the top of the table teams.

Lebohang Manyama got a consolation goal for the visitors. This was Chiefs’ third defeat after seven games and it is by far their worst start to the season in recent years. Themba zwane was a man of the match