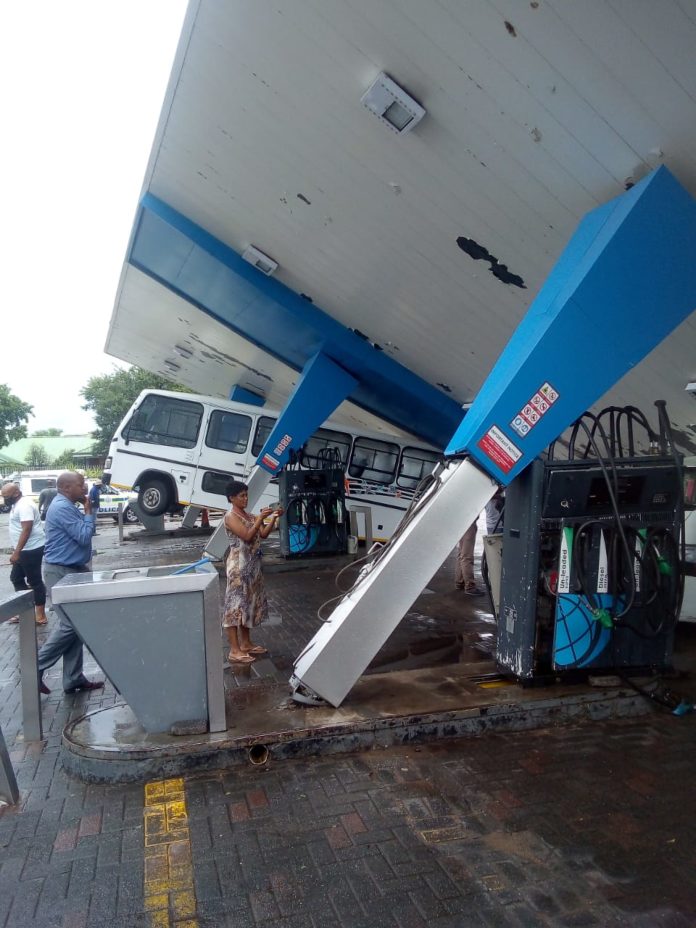 Storm winds swept through Vereeniging, south of Johannesburg on Friday, causing a petrol station to collapse.

Videos showing a bus and a taxi trapped under the carport of a Global Petrol Station were circulating on social media.

Heavy rains, thunderstorms and wind have been reported in most parts of the country since the beginning of November.

In Durban, the eThekwini Municipality has launched an internet based weather monitoring system that uses state of the art technology to detect bad weather.

It is the Forecast Early Warning System and is known as Coastal-Live.

During the launch of the system, Mayor Mxolisi Kaunda said the app is the first step in making information and warnings of extreme weather events available to residents.

“One hundred flooding incidents have occurred in Durban since 2017,” he said.

The free Coastal-Live app which uses rain gauges and radar in catchment areas to monitor rain and sea water level is the first to be launched by a municipality in Africa.