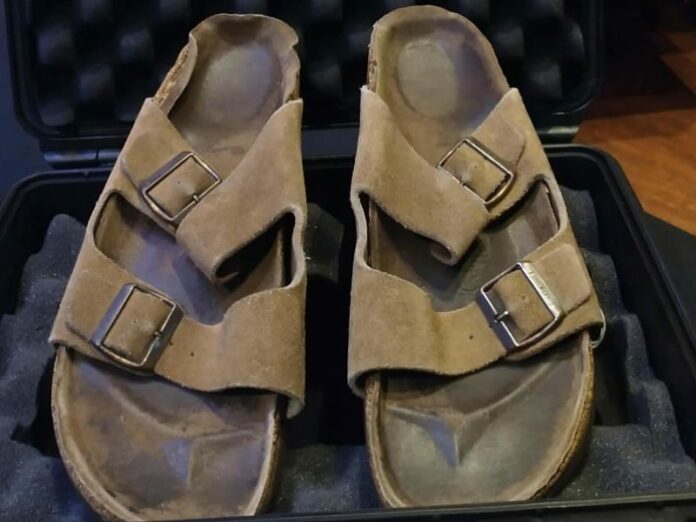 As the old saying goes, if you want to know what somebody is like, you have to walk a mile in their shoes.

This may or may not be true in this case, but a pair of “well-used” Birkenstock sandals that belonged to Apple founder Steve Jobs have been auctioned for R3.8 million.

The sandals were saved by his former house manager Mark Sheff, The Times reported.

“The cork and jute footbed retains the imprint of Steve Jobs’s feet, which had been shaped after years of use,” Julien’s Auctions, in Beverly Hills said.

Not surprisingly, the sale set a record for the highest price paid for a pair of sandals.

The shoes were initially only expected to sell for R1 million but the buyer offered R300,000 as well as a non-fungible token (NFT) worth R3.5 million.

Executive director of Julien’s Auctions, Martin Nolan, said the sandals had been sold for around R30,000 at an auction in 2016.

Jobs’ former home manager ended up with the shoes because the late businessman was going to get rid of them.

Jobs dabbled with being a vegetarian and vegan at times and for a while was convinced that having a meat-free diet meant he didn’t produce body odour. He stopped showering or using deodorant, much to the chagrin of his co-workers.

Jobs started the Apple brand in his garage in 1976. He moulded the company into one of the biggest brands in the world before passing at the age of 56 in 2011.

This is not the first time footwear has gathered a mass amount of money at an auction.

Last year a pair of Nike Air Jordan sneakers worn by its creator Michael Jordan, that he wore during his first season with the Chicago Bulls basketball team, sold for R26 million.

A pair of Nike shoes worn by Kanye West at the 2008 Grammy Awards sold for over R30 million.