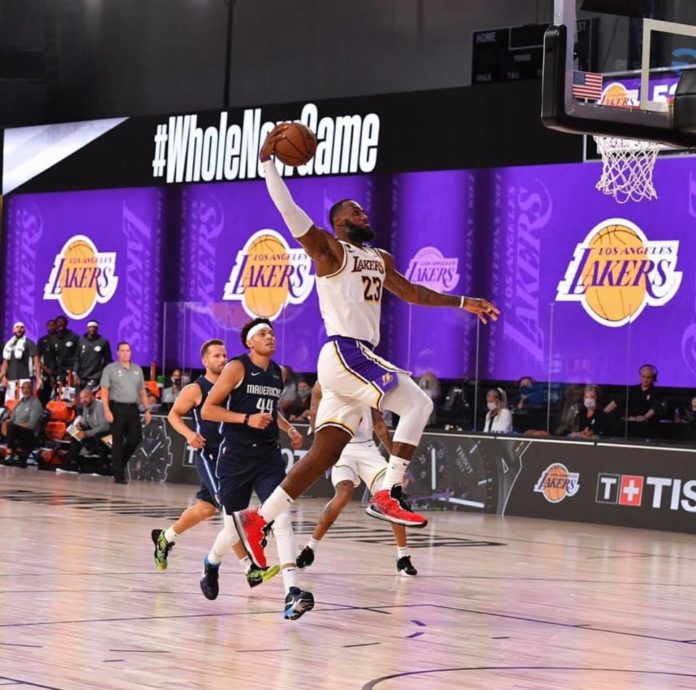 In one of the stranger instances of sports coping with the pandemic, the NBA isolated its players in the Disney World theme park in Florida between July and October.

During this time, Lebron James’s team, the Los Angeles Lakers, steamrolled to their first championship in a decade. The last time they won was when the late Kobe Bryant won his fifth and final title.

The team has now won 17 NBA Championships in its history, a record it shares with the Boston Celtics, after beating the Miami Heat in the championship finals in October.

James was, as he has always been, at the heart of this historic victory.

For the fourth time in his career, the basketball legend was named the Most Valuable Player of the finals.

In 2020, James has considerably strengthened his case against Michael Jordan in the immortal debate over who is the Greatest of All Time.

This month, James capped off an incredible year by signing a new five-year deal with the Lakers, opening the possibility of playing alongside his son, Bronny, who will graduate from high school the year James’s contract expires.

However, James is not simply an athlete of astonishing ability. He has always embraced the social and political responsibility that comes with such a platform.

James has told the New York Times “I’m inspired by the likes of Muhammad Ali, I’m inspired by the Bill Russells and the Kareem Abdul-Jabbars, the Oscar Robertsons – those guys who stood when the times were even way worse than they are today.”

Like these athletes, James has consistently advocated against racial injustice in the US throughout his career.

This year, he seeked to galvanise black voters for the 2020 election in the wake of the global unrest following the killings of George Floyd and Breonna Taylor. He has formed the initiative More Than a Vote with other basketball players, which aims to protect the voting rights of black Americans.

Despite being confined to the isolating and fantastical environment of the Disney World bubble, LeBron James succeeded in making a monumental difference in the real world.