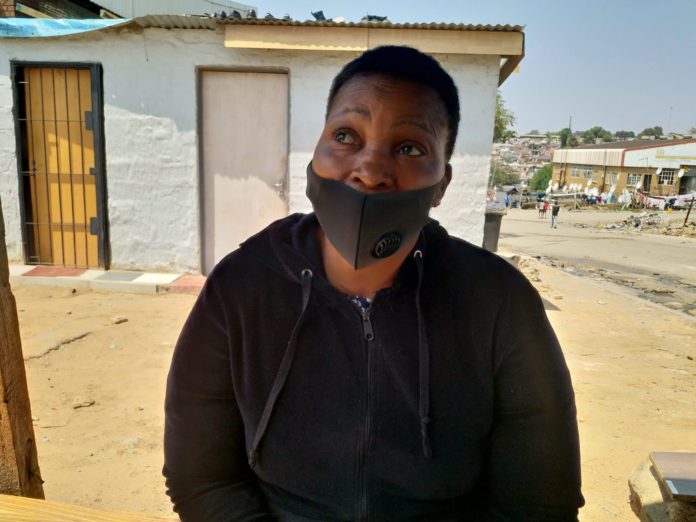 First, it was Covid-19 and now it is legal papers.

Themba Tembo is from Zimbabwe and he has lived in South Africa since 2006 – without proper documentation.

He has known tough times before but now he is worried.

The Alexandra spaza shop owner has heard that the Gauteng government plans to prevent those without legal papers from operating. They want locals running township businesses.

This is giving him sleepless nights as Themba will be one of those caught in the net.

He says he has no trading permit for his business.

Arriving in the country, he tried to look for a job, but he could not find none. So he started a business.

“I have been selling everything from vegetables and groceries for the past five years. I have nothing to do in Zimbabwe and I cannot afford to return home. I support 16 family members, some of them in Zimbabwe, with my profits.”

Themba’s asylum status expired during level five of lockdown. He said going back to Zimbabwe is not on the cards.

“I know many people who have successful spaza shops in the township and don’t have the papers. Removing us will affect many people who we help by giving them groceries on credit,” he said.

He added that some pensioners come to them when their old age grant money has finished asking for food. “We help them. We live by each other,” he said.

Themba said although he encounters anti-foreigner remarks from some locals who threaten to burn down his shop, he would rather die in his shop than of hunger in Zimbabwe.

Aminah Noldeno, a Mozambican, said she does not know what she will do if the provincial government implements the law in the township.

“I cannot get a job and I am not qualified for anything. My spaza shop is my only source of income to feed my four children and three grandchildren.”

She said things were rough during lockdown when foreigners like her had no access to food parcels.

“When receiving food parcels, we were asked to provide ID numbers which I don’t have. Now that we are starting to operate, and money is coming, there is a new law that is coming to haunt us again. I am afraid,” she said.

Aminah said she has developed her business from selling vegetables at a street corner to a full spaza shop. “I have worked hard and I work nicely with locals.”

“Many governments outside South Africa prioritise their citizens.

However, Marema warned that the plan was not well prepared.

“There is no research, the locals are not empowered to do business and the handling of money. These are basics that the government should focus on before taking business from the people who feed the old and the unemployed,” said Marema.

He said before foreigners set up businesses, South Africans were doing business in the country. But that didn’t work because there was no support from the government in terms of business training.

“This programme will fail,” he warned.