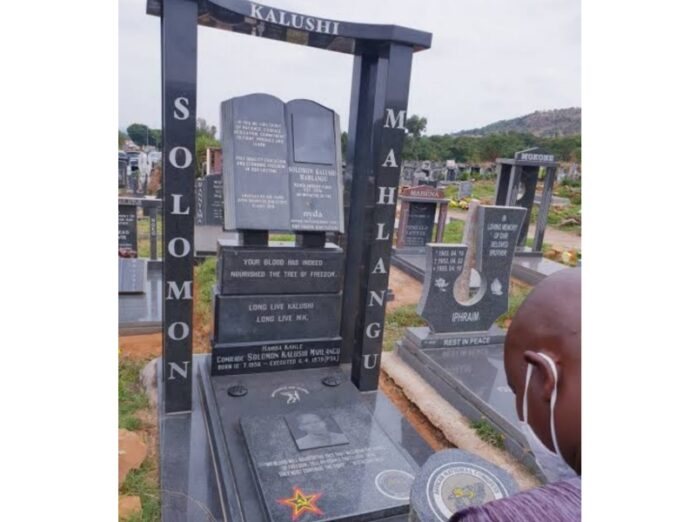 Solomon Mahlangu’s family have called for a fresh inquest into the struggle icon’s death on the 43rd anniversary of his execution.

Officially, Mahlangu, a 23-year-old member of Umkhonto we Sizwe and the ANC, was hanged for murder by the apatheid government on 6 April 1979.

However, his family believes that the official account is false, and he was in fact shot three times by his executioners.

On Wednesday, they reopened his case at the Mamelodi West Police Station to reassess the circumstances surrounding his death.

Mahlangu’s brother George said the recent inquest into how medical doctor and trade unionist Dr Neil Aggett died in detention more than 40 years ago motivated the family to reopen the case.

“We want the whole country to know the truth in its full context. We want the case to be retried,” he said.

Aggett was found hanged in his cell at John Vorster Square on 5 Feb 1982, after 70 days in detention. An inquest carried out that year ruled that his death was a suicide, and presiding Judge Peter Kotze said that no one could be held responsible for Dr Aggett’s death.

In 2020 the case was reopened and Judge Motsamai Makume set aside this prior judgement.

Judge Makume ruled that the death of Aggett was brought about by acts committed by members of the security branch stationed at John Vorster Square.

George Mahlangu said the apartheid government is known for its lies, and that it could be possible that they were not told the truth about his brother’s death.

He says there are different versions to how Mahlangu died.

“There is the official version that states that Mahlangu was hanged, and another that says he was finished off with bullets, this is why we have to open an inquest.”

The family was accompanied by ANC NEC member Dr Gwen Ramokgopa, Gauteng ANC deputy chairperson Panyaza Lesufi and a group of youth to the police station.

This followed a visit to the gallows at Kgosi Mampuru Prison, where Mahlangu was officially hanged. They later placed wreaths at his gravesite in Mamelodi, West Tshwane.