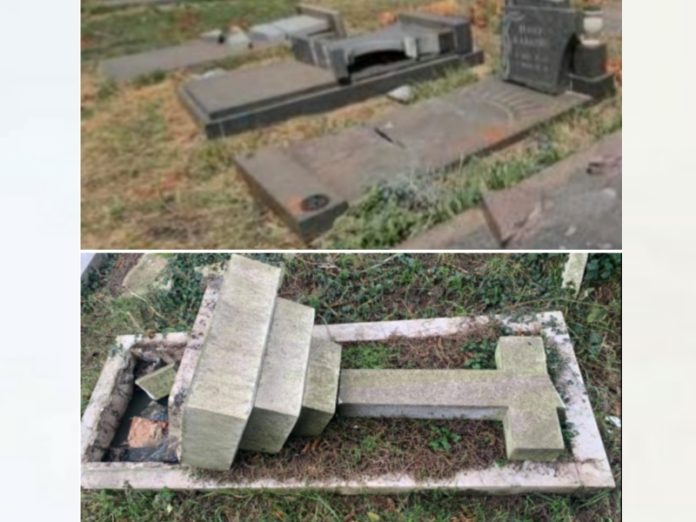 During the day, the historical Brook Street Cemetery in the Durban city centre looks entirely normal, but at night it becomes a safe haven for homeless people who sleep on top of the tombstones.

Many of the tombstones have been destroyed.

Ian Smith, whose grandfather John Smith was buried there in 1929, used to clean his grandfather’s grave twice a month, but he has stopped since the tombstone was left in ruins by the people who slept on top of it.

“There is no use going to clean the grave of my grandfather now because they always mess it up,” he said.

“The police must start arresting people tampering with graves. No one wants to have the graves of their loved ones destroyed.”

“Many people get mugged in the area. I believe the homeless people are doing it.”

The muggings in the Durban CBD have prompted Metro Cops to build a station about five kilometres from the site. While the muggings have decreased, the homeless people still sleep in the graveyard.

Traditional healer Bhongolethu Mzozo, known as Professor Khehlelezi, said there were many spirits in the graves and they had to be respected.

“In most cultures, the graves are a holy place,” said Mzozo.

“Graves are called a resting place because the dead have to rest peacefully in their graves. The people who sleep there have to stop before the spirits of the dead people retaliate.”

eThekwini municipality said it had built shelters for homeless people in a bid to clean the city.