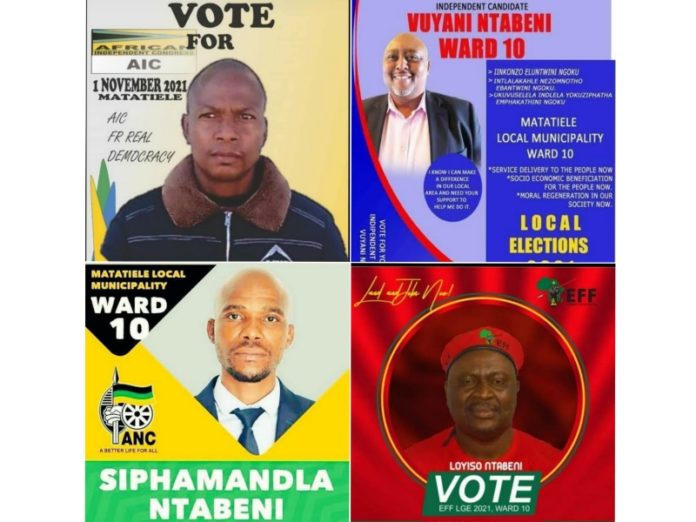 The upcoming local government has pitted four Eastern Cape brothers against each other, remarkably for four different parties.

The Ntabeni brothers will face off to control ward 10 in Matatiele Local Municipality in the Eastern Cape in the upcoming 1 November elections.

One way or another, the branch will end in the control of a Ntabeni.

“Things are not well at the moment because we are all going all out to claim victory.

“We still talk, but it is a bit tense at this stage,” said Siphamandla.

The ANC is currently the ruling party in ward 10.

“We live in a democratic country, and we are all allowed to join political parties we think are best positioned to change our lives,” said Siphamandla.

The EFF’s Loyiso said they remain family despite the political differences.

“It’s tough. But at the end of the day, we are still family. Politics is politics, and we have our differences,” said Loyiso.

Loyiso said he still talks with his brothers despite their relations having deteriorated.

“At the end of the day, we are brothers. We have to talk about certain things concerning our family.”

Loyiso is confident of victory.

“The EFF will emerge from the elections as new leaders of ward 10. We are throwing everything into our election campaign,” he said.

Vuyani threw down the gauntlet, saying he would win the ward.

“I was chosen by the people. That is why I am contesting as an independent candidate, and I’m certain of victory.

“The ANC has failed to deliver services for the people of ward 10 in Matatiele,” said Vuyani.

The AIC’s Luyolo could not be reached for comment.