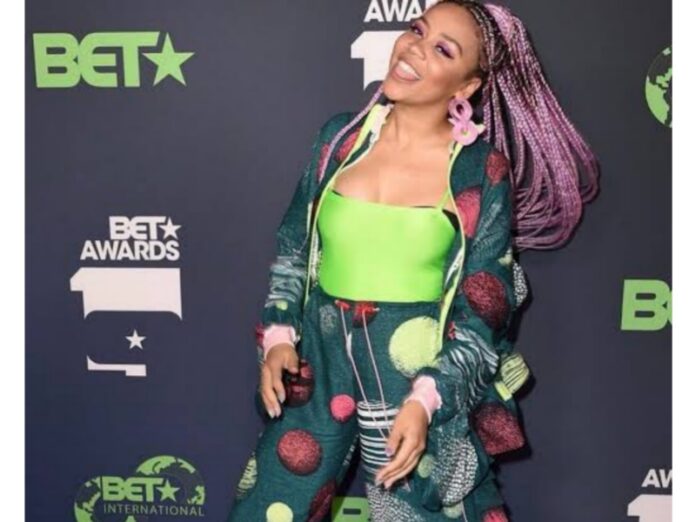 In a post explaining why she has been missing in action on social media, Limpopo super star Sho Madjozi said she is not pregnant but instead needed time away to deal with business problems.

The “Dumi Hi Phone” hitmaker said she had discovered that two people on her team had been “stealing and doing all sorts of dodgy things to block opportunities” from her. In response, she had to change her entire management.

“Thanks to everyone that’s been checking up on me, I’ve been figuring some stuff and had to take some time for myself,” she began in a post on social media.

“I discovered two people on my team had been stealing and doing all sorts of dodgy things to block opportunities from me. Some of the weapons formed against me were prospering a little bit hey,” she continued.

“It’s been painful but I’m tired of sitting around feeling miserable about it.”

She went on to say she had changed her management and dropped that she was working on new music.

The star also addressed rumours that she was staying off the socials because of pregnancy, but put those murmurs to bed with a mere “P.S I’m not pregnant”.

She shared much anticipated new music in the form of a music video on which she is featured. The video is for the song “Kunjani” by Nandy featuring Sho.