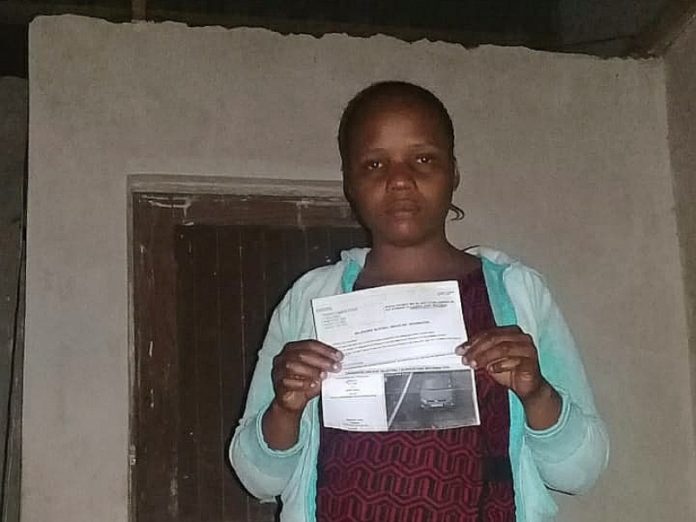 She doesn’t know how to drive, let alone afford a car, but a devious scam has landed Lindeni Mchunu with 13 of them – along with the bills to match.

According to the KwaZulu-Natal department of Transport, 33-year-old Lindeni owns not one, but 13 cars.

She also owes the licensing department a staggering R7,000 for unpaid traffic fines.

This debt has derailed her life and her ability to plan for the future, as she is unable to open new accounts with retail stores.

Lindeni was horrified when she discovered this monumental error in 2018, and she believes that it can all be explained by a cunning scam pulled off by her former employer, the owner of a car dealership.

“I was tipped off by a former colleague about the letters that had my name on them from the Metro Police Department,” she said.

Driven to get the truth, Lindeni went to the Metro Police Department with her ID to enquire about the letters.

“I nearly fainted on that day. It was funny because I didn’t even have money to go to work the next day, but I was told that I had 13 cars to my name,” she told Scrolla.Africa.

She alleged that her then-boss made her sign many documents, claiming to be preparing documentation for a permanent job.

“I still don’t understand why my former boss did this.”

She opened a criminal case against the boss at the Point police station in Durban in 2018.

KwaZulu-Natal Provincial police spokesperson Colonel Thembeka Mbele confirmed that a case of fraud had been opened. She also provided Scrolla.Africa with an explanation of this mystifying crime.

She said that second-hand car dealerships will often rack up debts with money lenders. They will register cars in other people’s names until they are sold, so they can’t be repossessed by the lenders.

“You find that many of them buy cars and instead of registering them into their names or businesses they choose unsuspecting victims,” she explained.

“In most cases, these people are their employees. This might be the case with Lindeni.”

She advised Lindeni to open a new case so that they can investigate the matter.

Meanwhile, Lindeni’s former boss flatly refused to comment and hung up when Scrolla.Africa relayed her allegation.