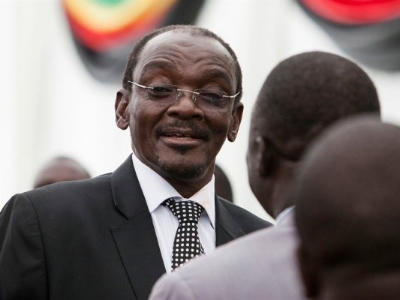 Kembo Mohadi, Zimbabwe’s 71-year-old Vice President, has quit amid allegations of rampant sexual infidelity and after reportedly infecting a school girl with an STI.

He handed in his resignation on Monday to President Emmerson Mnangagwa, but he is not going quietly.

In a long letter packed with strange phrases, he wrote: “My resignation is also necessitated by my desire to seek clarity and justice on the matter in which my legal team will pursue and deconstruct this pseudo-paparazzi and flawed espionage to achieve cheap political points.”

He also wrote: “Digital media, in their hybridity, have been abused by my enemies to blackmail me, but my spirit will never die.”

Mohadi was recently in the news after a leaked conversation between himself and a married woman went viral. Then he was also accused of going to bed with two married women, as well as making a high school student pregnant.

Mohadi’s troubles allegedly started after Jacob Mpande, an officer from Zimbabwe’s spy agency, the Central Intelligence Organisation, angrily confronted the Vice President at his home and accused him of sleeping with his wife. She reportedly was a CIO agent in Mohadi’s office.

Reports suggest Mpande then confronted the Vice President after he overhead a conversation in which his wife asked Mohadi whether he had taken sex boosters before an intimate meeting at a local lodge.

Mohadi was Vice President for three years and was a minister in the government of former President Robert Mugabe.