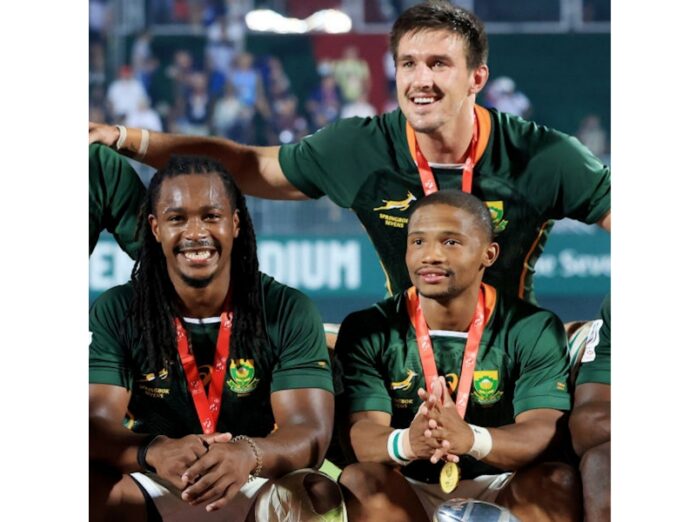 The Blitzboks probably had their best match of the tournament so far against Ireland only a few hours before the final match against Australia.

This had to leave Blitzbok supporters feeling positive about bringing the gold medal home to South Africa. On the other hand, Australia played a great match against Argentina to carve a spot for themselves in the final, and also hunting for gold.

In truth, the most die-hard Argentinian fan will acknowledge that the South Americans took their foot off the pedal when they could least afford it, but the Australians scored a great win.

So, on paper, as the two teams line up to sing their national anthems, it is safe to say that both teams are ready to play their best rugby.

In those first breathless minutes after the kick-off, South Africa defended well and while Australia enjoyed most of the possession, they hardly managed to get across the advantage line.

After three minutes disaster strikes as Justin Geduld is stretchered off and after a long delay, Australia come back strongly. With one minute of the first half to go Australia break the deadlock to score, but with the clock 30 seconds into the red, the Blitzboks even the score.

South Africa hit the ground running in the send half and scored a converted try in the first minute, but within seconds Darren Adonis gets a yellow card.

But then Australia had a collective brain fade on the line, conceding a try and getting a yellow card for dirty play.

With four minutes to go SA lead by three tries to one – and if winning already appears to be a bridge too far for the Aussies, they add to their woes when their indiscipline costs them another yellow card.

With a minute left to go they badly need to score, a tough task against the rampant Blitzboks anyway, but without the ball they are really at sea.

The harder the Aussies try, the worse it goes and in the end, the Blitzbokke win, scoring their 34th victory in a row and playing their best game of the tournament.