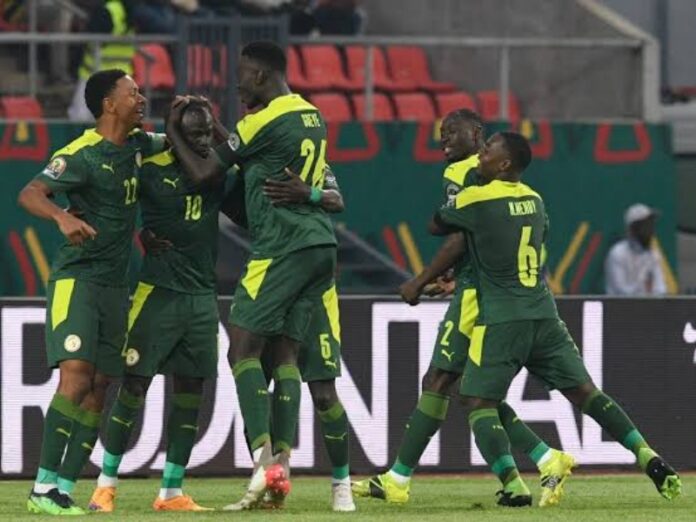 Controversial refereeing decisions overshadowed the match between Senegal and Cape Verde on Tuesday, and have left a bitter taste to many fans of the game.

The ref handed red cards to two Cape Verde players, creating a situation which the Senegalese took advantage of to secure a 2-0 in the Africa Cup of Nations last 16 tie.

Captain Sadio Mane scored a stunning curler in the 63rd minute to put Senegal 1-0 up, while Bamba Dieng came up with the winner in the 92nd minute.

The Islanders went a man down in the 21st minute when defender Patrick Andrade was sent off following a review by the Video Assistant Referee. But still Mane and company were unable to penetrate the stubborn Cape Verde defense in the first half.

The referee never looked assured in this game. He consulted the VAR more in this match than any other matches he has officiated.

In the 57th minute Cape Verdean keeper Vozinha and Mane were involved in a clash of heads. Vozinha then refused to go off despite medics fearing that he had been concussed and the referee again went to VAR.

After viewing the monitor, the referee inexplicably shows the keeper a straight red card. Six minutes later, Mane scored a cracker. The prolific forward went down concussed soon afterwards, and was later substituted.

Since the start of the knockouts on Sunday, five matches have been played and remarkably, there have been red cards in all of them.

In total, seven red cards have been shown in these matches.

Senegal’s win means they are through to the last eight and they will be hoping that Mane will be fully fit when they face either Equatorial Guinea or Mali on Sunday.