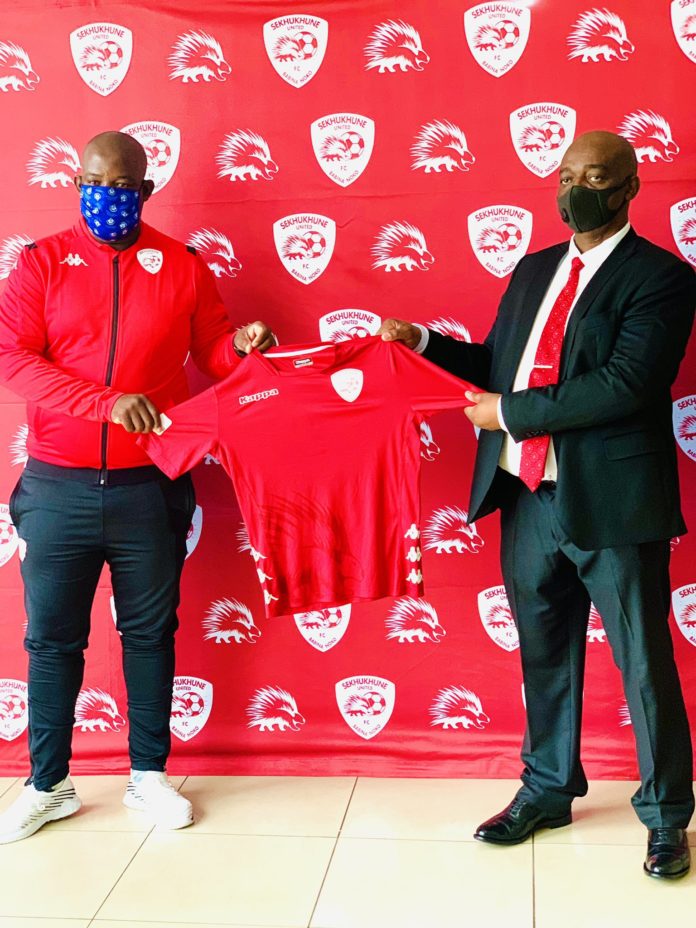 The title race intensified at the top of the GladAfrica Championship table as Sekhukhune United leapfrogged JDR Stars and Jomo Cosmos to move to the top of the log.

Ba bina Noko came from a goal down to beat Free State Stars 2-1 in the GladAfrica Championship match  to move to the summit of the table on Saturday at Goble Park Stadium in Free State.

Yusuf Maart and Prince Nxumalo scored the goals for Sekhukhune United, while Monnapule Saleng scored for Free State Stars from the penalty spot.

Coach MacDonald Makhubedu told Scrolla.africa that “It’s still early to talk about the log position, we are not even looking at the log at the moment. Our focus is the next match, we will only look at the log after 20 matches”.

In two matches in Charge, Makhubedu guided the team to back to back wins over Pretoria Callies and Free State Stars respectively. Makhubedu resigned at Polokwane City before taking the position at Sekhukhune United.

“It wasn’t an easy decision to make because I had a good project at Polokwane City but after I resigned they(Sekhukhune) contacted me”. said Makhubedu.

“They are an ambitious team and they told me about their three year plan to get to the DSTV Premiership so I wanted to be part of that,” Makhubedu added

In other matches, JDR Stars suffered a 2-1 defeat to struggling Cape Town Spurs while Jomo Cosmos lost 1-0 to Royal Am on Saturday afternoon.