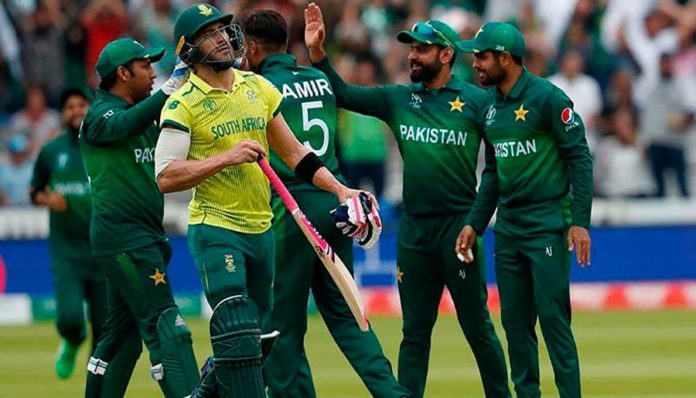 Says commentator, Mike Haysman: “I’ve noticed that the South Africans are very quiet out there.”

Very observant, Mike. While the (virtual) spectators have to feel sorry for the South African team toiling away on the first day of play of the second test against Pakistan at Rawalpindi, there is no doubt that they have settled down to face a hard day – much like a patient at the back of the queue at a dental clinic.

But the Proteas are not at the dentist, although looking at Quinton de Kock’s face behind the stumps, you’d be forgiven for wondering if he knows the difference.

At the start of play this morning, things kicked off well for the Proteas. With quickie, Anrich Nortje taking a wicket and (remarkably) spinner Keshav Maharaj taking two wickets and things were looking good for the Proteas with Pakistan at 22 for 3 after 15 overs.

But then captain Bahar Azam and Fawad Alam took charge and started dominating – and by tea the South Africans had adopted their “we’ll just sit it out” position, prompting commentator Haysman’s comment.

But, to be fair, you don’t want to be a fielder against this pitch. It started off quite lively, but long before tea on the first day, it was as flat as only a sub-continent pitch could be.

But then came the rain and the pitch was declared unplayable with the score on 145 for 3. Play has been called off for the day with Azam on 77 and Alam on 42.