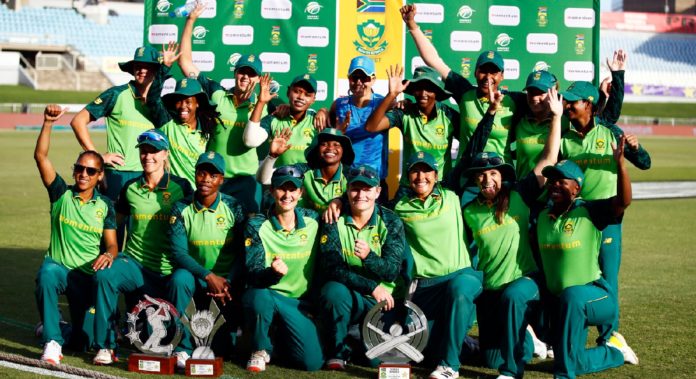 Pakistan’s decision to bowl first worked against them as the Proteas posted 201 runs with Laura Wolwaartdt top scoring with 58 runs from 72 while Lizelle Lee scored 49 runs.

The Momentum Proteas’ bowlers with seamer Ayabonga Khakha and fast bowlers Sune Luus and Shabnim Ismail dominated with the ball in hand as they restricted Pakistan to 169 all-out.

It’s been an impressive return to the international stage for SA Women’s cricket.

On Supersport TV she said they see many areas where they need to improve.

“After ten months without cricket, we will take a 3-0 win over Pakistan any day,” said Luus.

“Obviously the bigger picture is the World Cup next year.”

Coach Hilton Moreeng told the media he believes that Sune Luus is making strides as a leader and he is very happy with her performance with both bat and ball.

The match provided a special moment for Tazmin Brits who made her Women’s ODI debut.

The Momentum Proteas and Pakistan will now turn their focus to the three T20 matches at Kingsmead on Friday, 29 January.