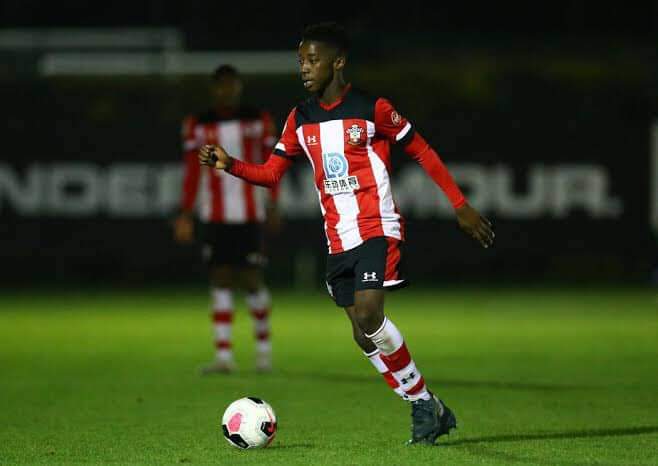 The South African Football Association (SAFA) has confirmed to Scrolla.Africa that they are monitoring the progress of the country’s young talent playing abroad.

On Monday night Mamelodi-born Kgaogelo Chauke got social media buzzing after he was included in the Southampton team that beat English champions Liverpool 1-0.

Even though the 17-year-old was an unused substitute, the country’s soccer fanatics were happy to see him in the dugout for the first time. Many pleaded with SAFA to make sure that such talent isn’t lost as they see a future Bafana Bafana star.

“Yes, we do monitor all our young talent playing abroad. With regards to Kgaogelo Chauke we even included him in our preliminary Olympics squad last year and we are keeping a close eye on him,” said SAFA’s Head Of Communications, Dominic Chimhavi.

The central midfielder left South Africa when he was just a year old and moved to the United Kingdom with his parents who are both from Pretoria, which is where he started playing football until he joined Southampton’s junior ranks in 2017.

By the age of 16, Chauke had been playing for both Southampton’s under 18 and 23 sides while he was also training with the senior team competing in the English Premier League.

Last year January he signed his first professional contract at a senior team for the Saints. Despite not making his debut for the Saints last night against Liverpool, Chauke took to Twitter: “Good experience, hopefully first of many.”

The teenage midfielder has already played for the England under 17 team and is eligible to play for the England senior national team. However, there have been reports that he is keen on donning the green and yellow colours of Bafana Bafana in the near future.

Despite holding England citizenship, World Football Body (FIFA) rules state that a player who has played for junior national teams is still eligible to choose and play for a senior national team of his choice.

SAFA is within its rights to call the central midfielder to play for their under 23 team in the upcoming Tokyo Olympics later this year and even for Bafana Bafana.