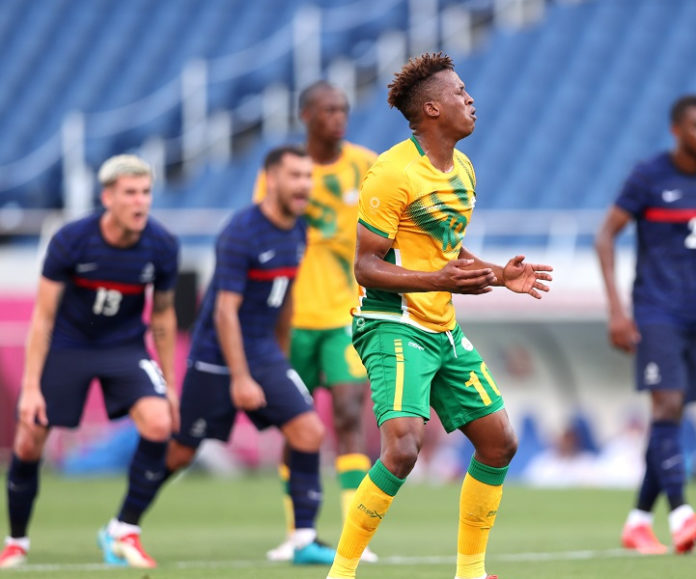 It was 3-3 going into added time but a goal three minutes into extra time gave France the win, ending the South African Olympic football dream.

The South African side played incredible football throughout the encounter, but it was not enough to earn the three points.

David Notoane’s men played brilliantly, holding the lead on three separate occasions but were unable to hold the lead with their Olympic dream having ended.

A first half penalty miss by Luther Singh proved to be extremely costly.

There was no score in the first half, but an avalanche of goals in the second half was a cracker. Kobamelo Kodisang and Evidence Mokgopa both got a goal and also assisted each other. Teboho Mokoena scored a spectacular goal.

But a hat-trick of goals scored in quick succession by Andre-Pierre Gignac got the French back in the game and a fourth goal gave them their first three points of the tournament.

South Africa can be proud of the team which played very well against a very good French side even though they lost.

Notoane’s side will play their final fixture against Mexico on Wednesday at 11:30am in a match where South Africa will be playing to recover a bit of pride after suffering the heartbreaking exit on Sunday morning.