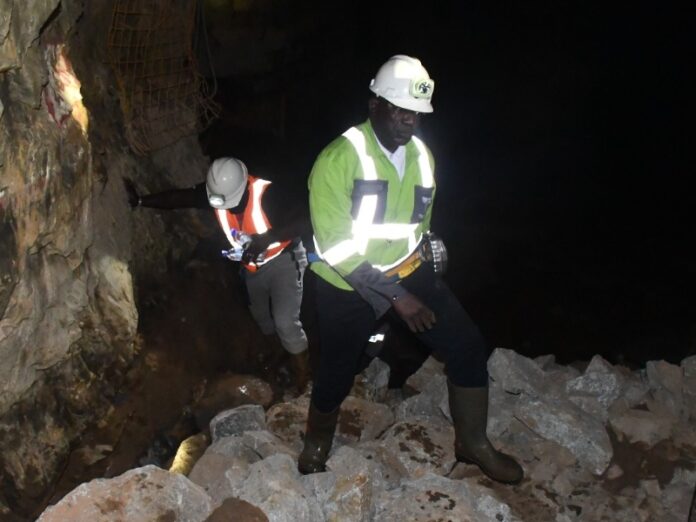 South Africa has sent specialist machinery to Burkina Faso to help rescue eight miners who have been trapped underground for three weeks.

The Perkoa Zinc Mine, located in the Sanguie province of the West African country, lost contact with the miners on 16 April following flash floods.

The eight men – six of whom are from Burkina Faso, one from Zambia and one from Tanzania – were working 520 metres underground when management ordered an evacuation of the mine.

There are two refuge chambers located below Level 520, where the miners were, but mine management does not know if any of the miners reached them.

In the three weeks since the floods, round-the-clock rescue efforts by the government, local communities and other mining companies have been fruitless, and hope that the eight miners can be found alive is running out.

Canadian company Trivali Mining Corp has suspended operations at the mine while the search continues.

On Saturday, Geoffrey York of the Globe and Mail reported that South Africa and Ghana are sending water pumps to help with the rescue efforts.

“Rescue efforts are continuing, with larger-capacity pumping equipment now arriving from Ghana and South Africa,” York tweeted, accompanied by pictures of the rescue (above).

Last week, Burkina Faso Prime Minister Albert Ouedraogo announced that operators have been banned from leaving the country while authorities investigate the incident that led to the men’s disappearance.

“Precautionary measures have been taken to prevent the persons in charge of the mine from leaving the country and instructions have been given firmly to the Minister of Security for this,” Oedraogo said in a statement last Monday.

On a visit to the mine in April, Oedraogo slammed the “irresponsibility” of mine operators.

The prime minister said that the improper use of dynamite days before the flooding could have damaged the structure of the mine.

“Dynamite was used on the open-air [part of the] mine, which weakened the [underground] gallery and enabled the flooding,” he alleged.

Six of the missing miners’ families have filed charges against persons unknown for attempted manslaughter, endangering life and failing to assist a person in danger, according to Al Jazeera.