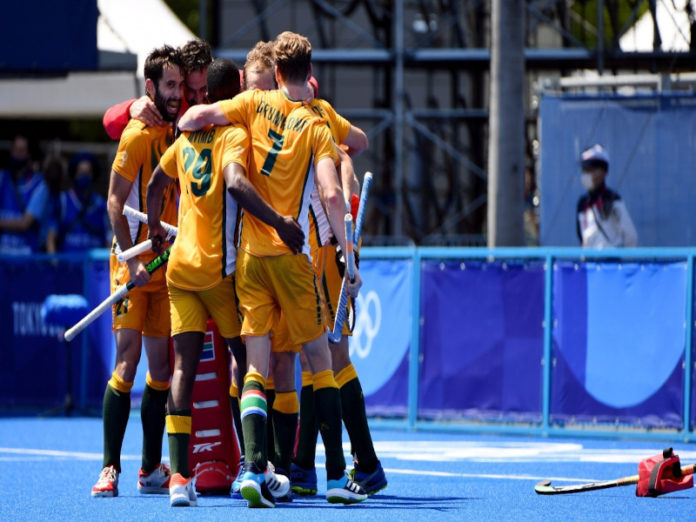 The South African men’s hockey team completed a stunning comeback by beating Germany 4-3 in their first win at the Tokyo games.

The team have had a rough ride at the games, playing against some of the best sides in the world and suffering defeats against Great Britain, Netherlands and Belgium. But the win against world number five Germany will certainly lift the mood in the team.

The two sides were deadlocked at 3-3 going into the final quarter after goals from Keenan Horne, Nicholas Spooner and Matthew Guise-Brown and victory came when Mustapha Cassiem scored in the 48th minute.

It was a stressful last few minutes but the South Africans held on to beat the bronze medal winners from the 2016 Rio Olympics.

The men’s hockey team has just one fixture remaining in Pool B, a clash against Canada on Friday scheduled for 5:15am.

Victory will not be enough to see South Africa progress to the next round but they will leave Tokyo with their heads held high after impressing throughout their stay in Japan.