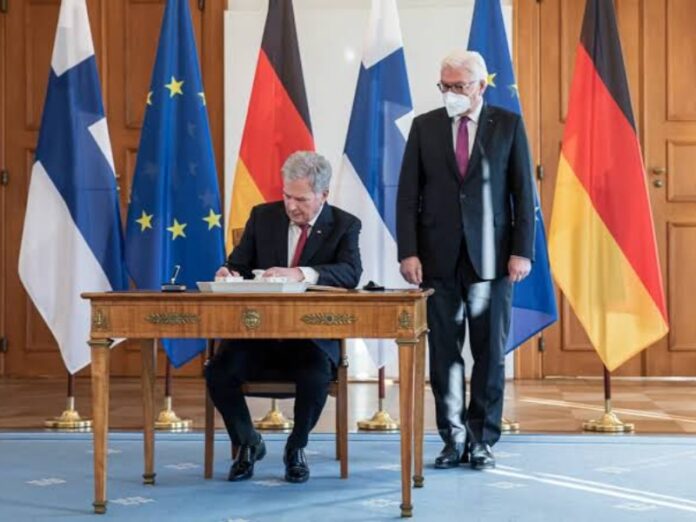 Tensions between Russia and the West heated up on Thursday when the leaders of Finland announced their intention to join Nato, the US-led military alliance.

Russia, which shares a 1,300 km border with Finland, says that it sees its neighbour’s membership of Nato as a threat to the country.

Nato, which stands for the North Atlantic Treaty Organisation, was set up in Washington in 1949. Its founding countries created the alliance during the Cold War to provide collective security. If one member state was attacked, the others were obliged to help defend it.

However, the allegiance carries with it the possibility that member states can host US missile sites, making Russia feel threatened when country’s close to it join the alliance.

If Finland does join Nato, it would not be the first country which shares a border with Russia to join. Estonia, Latvia, Poland and Lithuania are all members and are neighbours of Russian-controlled territory.

Ukraine, importantly, is not a member of Nato.

Since Russia invaded Ukraine on 24 February, no Nato forces have been directly involved in the conflict. They have provided arms to Ukraine, but have not joined in any of the fighting.

If Russia was to invade or launch an attack on a member of Nato, this would likely lead to a war with the West which the UK, the US, France and Germany would all be compelled to join.

“The expansion of Nato and the approach of the alliance to our borders does not make the world and our continent more stable and secure,” Peskov said.

“Everything will depend on how this process takes place, how far the military infrastructure moves towards our borders.”

Nato has already said that it will welcome Finland into the alliance with open arms.

Sweden, another leading European nation that is not a member of Nato, has also indicated that it is looking into joining Nato directly as a result of Russia’s invasion of Ukraine.