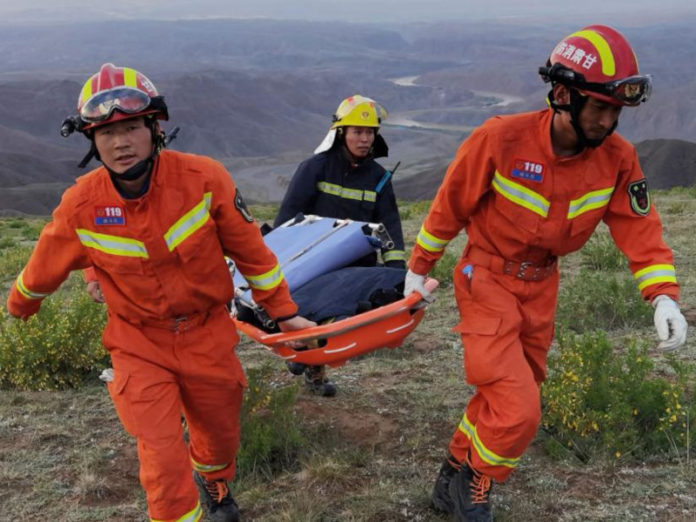 Freezing rain, gale-force winds and hail storms struck during an ultramarathon being run in China on Saturday, killing 21 of the runners.

The extreme weather brought on sudden drops to sub-zero temperatures in the mountains of China’s northwestern Gansu province, where the 100-kilometre cross-country race was taking place.

The race began with most of its 172 participants wearing t-shirts and shorts.

But at noon, the temperature dropped, and several of the participants in the race were able  to send out messages for help.

The race organisers dispatched a rescue team who managed to save 18 runners.

But the race was not called off, and at 2pm local time, weather worsened and local authorities received more calls for help. At this time, the organisers called off the race.

Over the course of the day, over 700 rescuers were sent into the mountains, but their efforts were reportedly hampered by a landslide.

The tragedy has been met with outrage by the public, who have accused the marathon’s organisers of failing to heed the warnings of weather predictions.

According to the Guardian newspaper, five of the six favourites to win the race perished in the storms. Among these is the 31-year-old record-holder Liang Jing, who leaves behind a two-year-old daughter.

The favourite who survived, Zhang Xiaotao, posted his experience on social media. He described overtaking marathon runner champion Huang Guanjunas, who did not survive, as the weather began to turn.

Zhang said he fell several times before eventually passing out after managing to cover himself in his emergency blanket.

He said he was saved by a local shepherd who carried him to a nearby cave, where other runners were also sheltering.

He wrote: “As a participant, I would like to pay my deepest condolence to my fellow runners who have passed away. May they rest in peace. My utmost appreciation to the shepherd. I would have died if he had not saved me.”