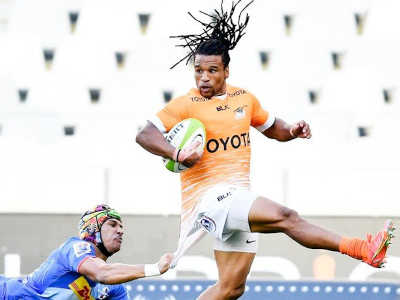 What a joy it was to witness Rosko Specman scoring three magnificent tries for Free State against Western Province in Cape Town on Saturday!

Sevens lovers are known to wallow in the conviction (whether true or not) that the best 15s rugby players have played Sevens successfully. They insist that there is no place to hide on a Sevens field.

“If you had to play, for instance, Morné Steyn in a sevens match, which position would you let him play?” they chuckle, claiming that Sevens players have to tackle, attack, run, sidestep, pass the ball, chip and do other things, all at great speed – not automatically all the skills you would associate with Steyn.

And then, along comes Rosko Specman and scores three brilliant tries, employing all of his not inconsiderable skills to make many a Western Province player shake their heads in amazement and adding grist to the mill of the smirking Sevens lovers.

In fairness, it was a full 15-man effort by the Free State although they conceded way too many penalties.

The match, the first for the Province in the Cape Town Stadium after the sale of the Newlands stadium, ended in a nail-biting, 33-34 victory for the Cheetahs.

In other 2021 kick-off pools matches (preparing for the Rainbow Cup):