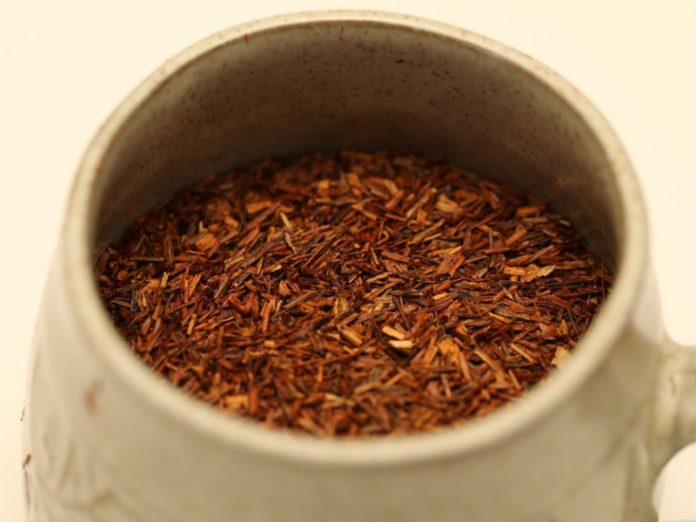 South Africa’s world-famous rooibos tea has made history in becoming the first food from Africa to gain approval for registration under the status of international protection from the European Union (EU).

While this wordy achievement doesn’t sound like much at first, Rooibos tea now joins a highly exclusive list of foods to receive this approval.

Only champagne, feta cheese, Irish whiskey and porto have received this honour in the past.

This achievement stipulates that rooibos is now able to use the ‘protected designation of origin’ (PDO) logo on its products under the EU’s geographical indication. This means that its unique characteristics, as well as the quality of the product, are now linked to South Africa alone.

Rooibos is made with 100% pure dried rooibos leaves and blends from the Aspalathus Linearis, and is only found in parts of the Western and Northern Cape.

She said: “What this means is that our members are the only approved and recognised companies to use the name. No other companies have the authority or approval to use the same name.”

The journey to achieving this certification began four years ago in 2017 as the ‘Red Bush’ tea received a partnership agreement between the EU and South Africa in 2016. However, the agreement did not allow the product to use the PDO logo.

Perhaps most importantly this certification results in premium pricing for the product and the Rooibos council said on average, 14,000 tons of the product are produced each year with demand for the tea increasing each year.