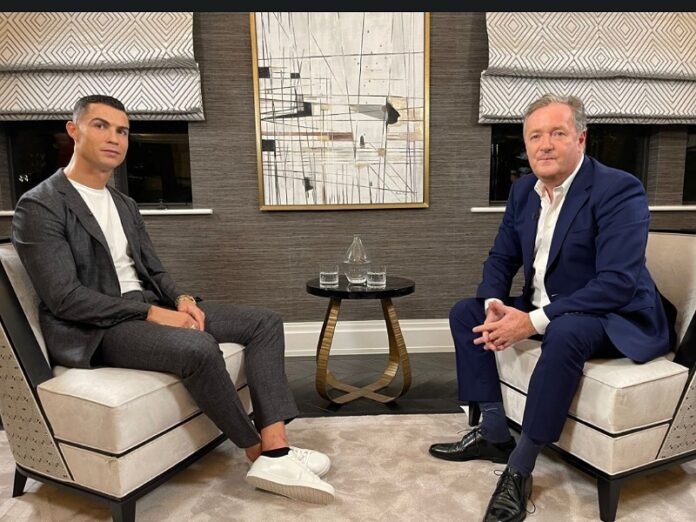 On Sunday night Cristiano Ronaldo gave what has been described as a “most explosive interview”.

Speaking to Piers Morgan in a 90-minute interview which is yet to be released entirely, Ronaldo expressed his frustration with Manchester United and their manager Erik ten Hag. He said he feels betrayed by the way he has been treated at Old Trafford.

“Honestly, I shouldn’t say that, but listen, I don’t care. People should listen to the truth. Yes, I feel betrayed and I feel that some people don’t want me here,” he said.

“And not only the coach, but the other two or three guys around the club.”

After falling out of favour in the starting 11, the Portuguese questioned the credentials of former manager Ralf Rangnick and lashed out at the lack of growth at the club.

“I don’t know what’s going on. Since Alex Ferguson left I have seen no evolution in the club. An interesting point is how a club like Manchester United sacked Gunnar Solskjaer. They bring in sporting director Ralf Rangnick which is something nobody understands,” he said.

“A big club like Manchester United bringing in a sporting director surprised not only me but all the world. If you’re not even a coach, how are you going to be the boss of Manchester United?”

Talking about Ten Hag, who took charge at the beginning of the season, Ronaldo said it is all about respect.

Sky Sports chief reporter Kaveh Solhekol said on Twitter that Ten Hag and Ronaldo’s teammates are extremely disappointed with the manner and timing of the interview.

“The club only found out about the interview as they were preparing to fly back from London on Sunday. Manchester United are likely to consider all their options regarding Ronaldo,” Solhekol said.

“Management and players don’t understand why he has said what he has said. They are hugely disappointed that he would disrespect the club, his manager and teammates in this way.”

Pictured above: Rolando and Piers Morgan