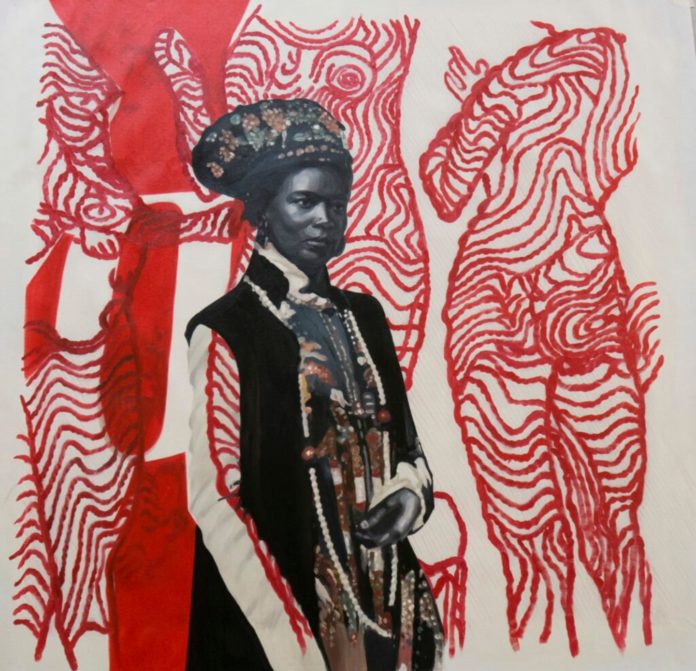 ‘Again She Reigns’, an audiovisual project by the electronic music duo Batuk, rewrites the stories of strong and misjudged African women.

Each track centres on an iconic female figure in African history, from ‘Rainha Makeda’ (also known as the Queen of Sheba) to ‘Fezekile Khwezi’, the Aids activist who alleged President Jacob Zuma had raped her.

Fonseca has stated that the album aims to “explore the right to write (or rewrite) history” by placing misjudged modern figures alongside the royalty of days gone by.

They also exhibited 8 portraits in Cape Town presenting the subject in a regal pose in the centre of the frame, dressed in magisterial garments.

These images are complemented by Mokgat’s groovy and percussion-driven rhythms.

‘Rainha Makeda’, for instance, retells with invigorating energy the story of this ancient African queen, who features in the Bible, Qur’an and Tora, as well as in classical Turkish and Persian paintings.

In the world of multidisciplinary art, Butak stands at South Africa’s pinnacle, combining sight and sound and new and old.