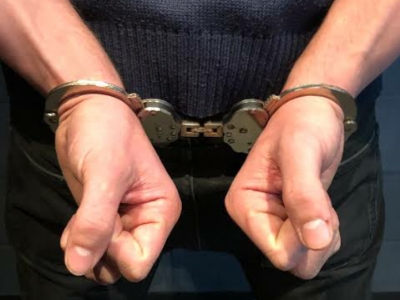 A serial rapist from Nelson Mandela Bay, who was just released on parole from a 15-year rape conviction, has raped another young girl.

The 35-year-old man – described as a monster by fearful community members – struck again on Friday, raping a 13-year-old lesbian girl in New Brighton.

The accused was paroled in December after serving 10 years of a 15-year jail term for raping another lesbian.

Residents said there was a trail of similar unresolved cases of lesbians being raped before he went to prison.

Dozens of residents flocked to the New Brighton Magistrate’s Court to have a glimpse of a man that many fear.

Some people came to show moral support to the victim’s family, who opposed bail.

The convicted rapist denied raping the girl. But he admitted to buying her alcohol and accused his friend of committing the crime. The magistrate postponed the bail hearing to 21 April 2021 for further investigations.

Regional National Presecution Authority spokesperson Anelisa Ngcakani said: “He is charged with two counts of rape and he is still on parole. He will appear again [on Tuesday] to cancel parole as he allegedly breached the parole conditions.”

A resident who spoke on condition of anonymity said the community did not welcome his parole being granted in December, saying he was a feared person.

He said the accused kept a list in his shack of names of lesbians he wanted to rape and kill.

The resident said: “He has been doing this to many young lesbians, and those who are not.

“We were happy when this beast was in jail. If he had gotten bail, we were going to burn him alive. Before he went to prison, he raped another lesbian.”

Another community member said: “He did not get bail [today] and we are happy.”

A large group of angry New Brighton residents then marched to another section of the same township where the accused lives with his brother.

“We wanted to destroy the shack but reversed that decision after his brother pleaded with us and said the accused did not build the shack as he only came out of prison in December. The brother admitted that his brother was naughty.”