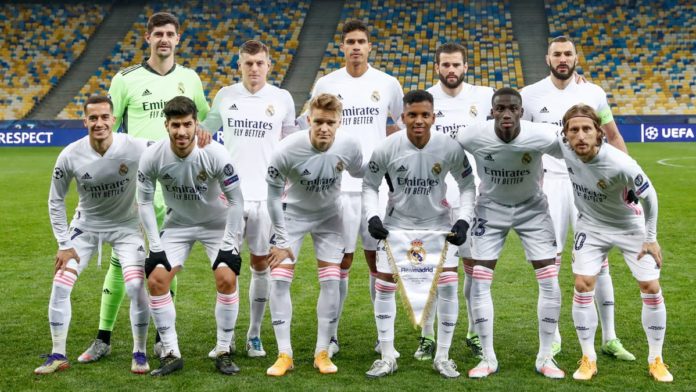 Real Madrid are on the brink of making history – but it is not an historical milestone they will ever be proud of.

The 13 times UEFA Champions League champions are facing their first ever group stage exit should they fail to get maximum points tomorrow night when they play Group B leaders Borussia Monchengladbach.

The Spanish giants are in third place in group B with seven points and tomorrow is the competition’s last group stage matches. They are hosting Borussia Monchengladbach at the Estadio Alfredo Di Stefano at 10pm.

The German outfit are ahead of the group with 8 points while Madrid and Shakhtar Donetsk have 7 points each, with Shakhtar in second place because of goal difference.

Coach Zinedine Zidane made history by winning the competition back-to-back in 2017 and 2018, but this time finds himself making unwanted history.

Los Blancos has never failed to move past the group stage in the Champions League history. Before losing in last season’s Round of 16, Madrid had reached at least the semifinals for eight straight seasons, winning the title four times in this period.

After the weekend’s 1-0 win over Sevilla in La Liga game, Zidane was quoted as saying: “We are going through a bit of a tough spell but this team is full of character. It thrives on challenges and this win is hugely important for what is to come.”

Zidane last faced Monchengladbach in September and the match ended in a 2-2 draw. Another draw in tomorrow’s meeting won’t be enough for Madrid especially if Shakhtar wins against Inter Milan in the other group B match.

A group stage exit for Madrid could mean an end of an era for the French man at the club.