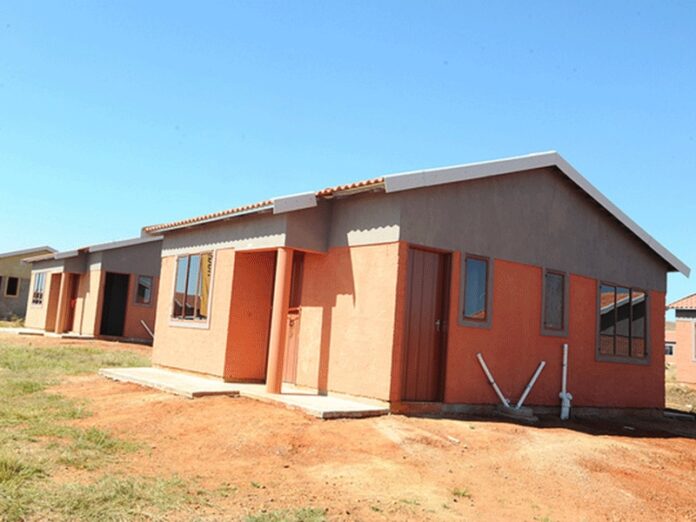 An RDP house in Evaton, Sedibeng has raised eyebrows after it was revealed to have cost R2.6 million, and still had cracks on the walls and unfinished floors in the rooms.

The house was built in October 2019 after a letter from a grade 11 girl was sent to the area’s MMC for health and social development.

The letter requested that the family’s current RDP house had to be extended due to the number of occupants.

The girl added that her mother was ill and unemployed.

The department responded to the letter and acted, but instead of building an extension on their current house, they built another RDP house next to theirs.

The new RDP house was quoted at a cost of R2.6 million.

Co-operative governance, traditional affairs and human settlements MEC Lebogang Maile said the company that built the house was Conloy, appointed by the Nyda alongside the local municipality.

Gauteng DA MPL Kingsol Chabalala put pressure on Maile to answer why the RDP cost such a high figure when there were obvious issues within the house.

“The DA conducted an oversight inspection at the house and was disappointed and shocked to discover that there was no extension. However, there was an additional house that was built and left incomplete.

“There are no tiles in some of the rooms in the new house and the walls have cracks. The house is not worth R2.6m as the value of such a house is a mansion,” Chabalala said.

The DA member said he demanded to see the agreement between Nyda and the municipality regarding the appointment of the construction company.

“This will allow us to ascertain what role, if any, the council played in building a new house and if the council had any oversight over the building of this new structure.

“If it is found that due processes were not followed, we will demand immediate action against the officials and politicians involved,” Chabalala added.

He added that the local municipality must fix the defects and complete the work on the house.