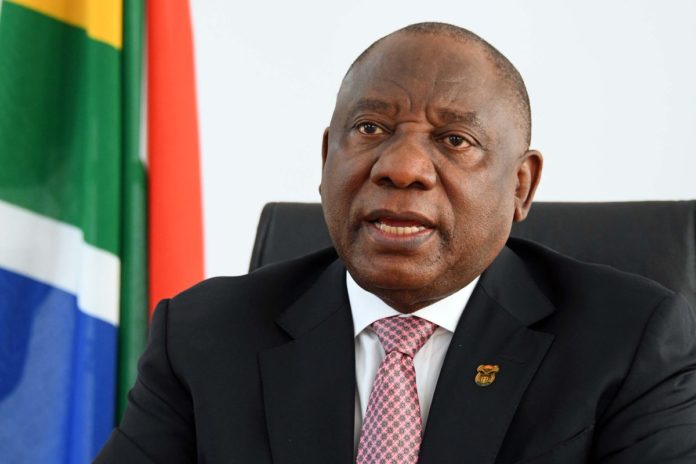 In June 1993 a heavily armed mob of far right Afrikaner Weerstandsbeweging (AWB) members smashed through the doors of the World Trade Centre in Kempton Park with an armoured vehicle.

They poured into the Chamber where leaders of the African National Congress and other political parties were negotiating a new political deal for South Africa.

For a few terrifying moments, negotiators hid under desks and in cupboards not knowing whether they were about to be killed. Among them was the ANC’s chief negotiator, Cyril Ramaphosa, as well as other leaders of the movement regarded as targets by the far right.

It was a well-founded fear. Months earlier the charismatic ANC leader Chris Hani had been assassinated by right-wingers and a horrific campaign of violence was underway in the townships.

This week Ramaphosa, now President of South Africa, had some words of support for the United States, after a mob of thousands of extremist Donald Trump supporters overran the Capitol, the seat of the US legislature, in scenes similar to those in South Africa 27 years ago.

Lawmakers and staff hid from an invading horde after they were incited to attack Congress by President Trump who was seeking to avoid certification of an election which he lost by a wide margin to President elect Joe Biden. Five people died.

The AWB eventually left the building, but terrorist violence aimed at preventing democracy continued – though the leadership of Nelson Mandela and others steered the country to a largely peaceful election and transition.

South Africa is ready to share its experience of a peaceful transition to democracy should the US ask, Ramaphosa told the SABC’s Mzwandile Mbeje. “I was pleased to hear one of them say they have a lot to learn, even from Nelson Mandela and South Africa.

“If indeed they would like to learn something from us, we are on the ready to provide them with our own experience and how we were able to navigate a very difficult situation that confronted us at the dawn of our democracy.”

Ramaphosa said he was shocked at the events, just like people around the world, but said the US should have the space to deal with the problem.

“It is a matter they have to deal with and when one reads the news reports and watches the television, they are in the process of doing that, and all we can say is that we wish them the best as they seek to bring stability to their own democracy.”

Meanwhile, it is understood that Biden has sent a letter to Ramaphosa thanking him for his kind words and good wishes for congratulating him on his win and looking forward to working with the President and the South African government in addressing common problems facing their countries – especially tackling Coronavirus.