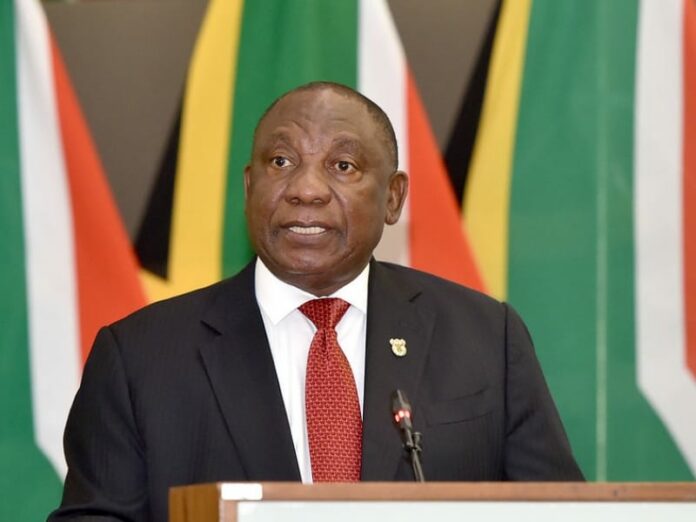 President Cyril Ramaphosa remains under fire after he was accused of dodging questions regarding the Phala Phala scandal in Parliament on Tuesday.

The National Assembly Speaker, Nosiviwe Mapisa-Nqakula, said on Thursday that she will write to the president and request a return to Parliament.

After Ramaphosa’s appearance, Mapisa-Nqakula had been on the receiving end of the wrath of MPs, who accused her of shielding him from tough questions.

She, however, used Thursday’s Programme Committee meeting to absolve herself.

“The Assembly and Speaker, in particular, should never create an impression that she or he is not willing to hold the executive accountable. That was not my intention,” said Mapisa-Nqakula.

Ramaphosa’s Parliamentary appearance on Tuesday was expected to shed light on the $4 million theft at his farm in Phala Phala in Limpopo, but the session degenerated into chaos.

Four EFF MPs were removed from the session, at least two of whom had to be forcibly removed.

Ramaphosa told the MPs that he had been advised against commenting on the Phala Phala scandal as investigations were ongoing.

This angered MPs from opposition parties.

The next oral question session will be on 29 September.

But the EFF and ATM want Ramaphosa to appear in Parliament as early as next week.

EFF deputy leader, Floyd Shivambu said: “It must be as urgent as possible and must not be the 29th of September.”

The IFP took a more lenient approach, saying that Speaker Mapisa-Nqakula should pen a letter to the president to ask him about his availability.

Responding to the call that Ramaphosa must appear next week, Mapisa-Nqakula said: “I cannot make a determination on the availability of the president. I am not the one who runs his diary.

“So I will write to the president and I would expect that the president will then respond and advise us on a date of his availability,” she said.

Former spy boss Arthur Fraser opened floodgates of criticism against Ramaphosa when he opened charges against him, following the robbery at the president’s farm in 2020.