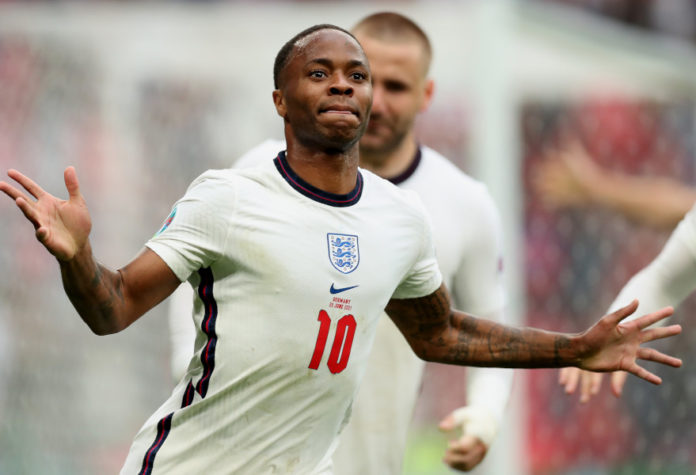 After 55 years of penalty heartbreaks, ghost goals and downright thrashings, England have finally overcome their rivals Germany in a knockout tournament.

The two countries met on Tuesday evening at Wembley Stadium in front of a roaring crowd of 40,000, but which made the noise of a crowd three times that size.

England came away 2-0 winners, marking the first time they have knocked the Germans out of a major tournament since the 1966 World Cup Final.

But for most of the two halves, it was a tetchy affair. Bakayo Saka and Kai Havertz, for England and Germany respectively, showed glimmers of youthful brilliance.

But they were matched by two competent sets of midfielders, led by the commanding figures of Kalvin Phillips and Leon Goretzka.

England finally had to rely on the brilliance of Raheem Sterling, who, after starting off a wonderful passing move, tapped in a low-swinging cross from Luke Shaw in the 75th minute.

The 26-year-old has now scored three of England’s four goals in the tournament, silencing early critics who questioned his inclusion to the starting eleven by manager Gareth Southgate.

Muller was gifted another golden opportunity to level the standings after Sterling passed the ball directly back to Havertz, who played Thomas Muller through on goal.

As the German “Reumdeuter” strode towards keeper Jordan Pickford’s goal, the stadium fell silent, expecting what appeared to be the inevitable.

But he pulled his shot wide of the goal.

And in the 86th minute, substitute Jack Grealish sent a perfect cross for an under-pressure Harry Kane to nod home.

Chants of “It’s coming home” rang through the stadium – a song which is usually sung ironically.

England – still yet to concede a goal in the tournament – progressed to the quarter finals where they will face Ukraine on Saturday 3 July at 21:00.