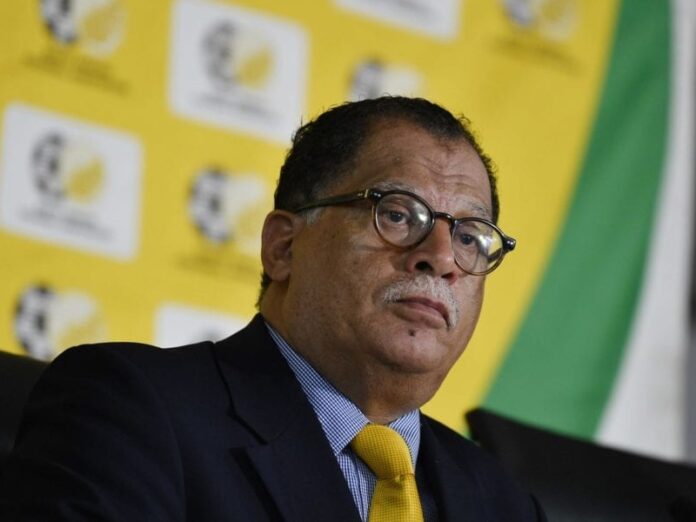 As expected, knives are out for those challenging incumbent Safa president Danny Jordaan ahead of the elective congress next month.

Politician and seasoned football administrator Jordaan has been at the helm of Safa since 2013 and is seeking a third term.

But word in the Safa regions is that many feel Jordaan has overstayed his welcome and he must move aside so that new people with innovative ideas can take over the leadership.

But it seems those keen to succeed the Safa head won’t have it easy.

Ria Ledwaba was on Tuesday forced to stay away from a press conference to announce her nomination as a candidate after being threatened with expulsion by Safa if she went public with her candidacy.

Instead, her lawyer Lerumo Thobejane spoke at the press conference at the Nelson Mandela Foundation in Johannesburg.

“I am telling Ria that there is nothing stopping her from coming here to address civil society, but the problem is she will be expelled from Safa,” said Thobejane.

He said he decided to fight her expulsion in court.

“As a lawyer I don’t want to waste time fighting her expulsion but I want her candidacy to be preserved,” he said.

Former Bafana Bafana head coach Shakes Mashaba and football legend Doctor Khumalo have come out in support of Ledwaba, who is Safa vice president and owned Ria Stars football club in the 90s.

“How does Jordaan talk to you about football systems when he did not play football?” asked Mashaba.

“Whoever takes over, we want to see a new approach.”

Speaking at what was supposed to be Ria Ledwaba’s presidential manifesto launch, Khumalo said when they went to the DRC, they survived for five days on Coke and bread because they couldn’t eat the food.