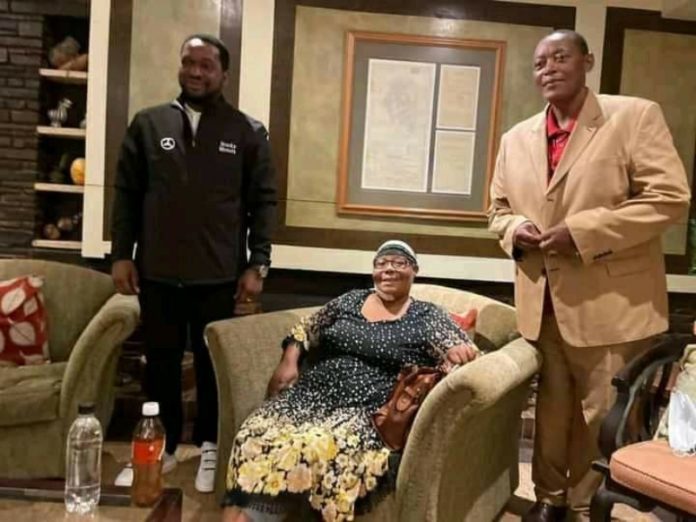 After the passing of King Goodwill Zwelithini kaBhekuzulu, his first wife, Queen Sibongile MaDlamini of Khethomthandayo caused chaos in the royal family.

She demanded that she should receive 50% of the king’s riches as they were married in community of property in 1969.

But now, in a breathtaking change of heart, Queen Sibongile is leading the reconciliation process in the Zulu Kingdom.

This comes after her eldest daughter, Princess Nombuso and other senior Royal family members who were against King Misuzulu kaZwelithini’s becoming king met on different occasions in the past week to discuss their dissatisfaction over the process which was followed to appoint him as the next Zulu King.

On Tuesday Queen Sibongile led the entourage, which included all King Zwelithini’s widows, to the Royal Palace of the Late Queen Mantfombi.

“They went there to meet the late Queen’s children and to convey their condolences after the passing of their mother Queen Mantfombi. I don’t have further details on their meeting,” said Prince Thulani.

A source inside the Royal Family revealed that the meeting was part of the reconciliation process.

“King Misuzulu had a special meeting with his mother, Queen Sibongile. He also asked the Queen to organise other Queens so that they could meet and discuss all important issues relating to the royal family,” said the royal source.

“We are all happy the way Queen Sibongile led the whole process.”