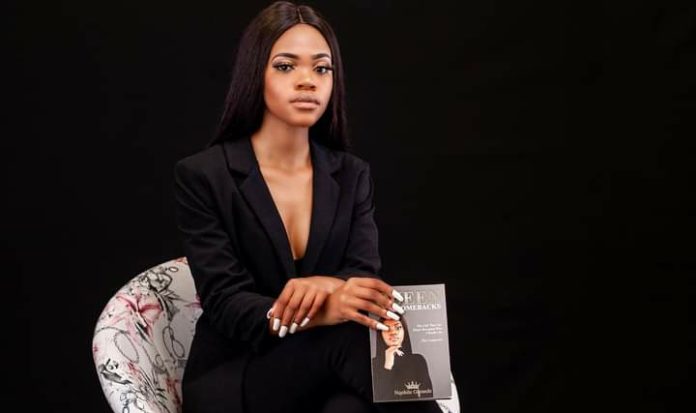 When Nqobile Gumede fainted on national TV during Idols SA auditions, the nation laughed – but they couldn’t know she was already dealing with a great personal tragedy.

The Durban born musician and author Nqobile Gumede said at that time in 2018, when she went for auditions as a 20-year-old, she was recovering from a miscarriage.

“People laughing at me didn’t hurt me at all. There was no pain more painful than what I was feeling,” she said.

Nqobile breaks her silence in her debut book, “The Queen of comebacks”.

“The book talks about many things that left permanent scars in my soul. I decided to break the silence because I’ve never had a chance to tell my side of the story,” she said.

“The nation made assumptions. The book is my response to that.”

She said it was during a very dark phase of her life when she fainted.

“I was lost. At times music was the only thing that made sense, but at other times I hated it and wanted nothing to do with it,” she said.

Nqobile said the support she got from her family drew her to the light again.

She said writing songs helped her to heal faster.

“Music became a big part of my healing process. After I got better singing was the only thing that made me happy,” she said.

After her epic fall in her season 14 audition Nqobile came back with a bang in season 15 and won the hearts of many.

“Some people continued to laugh at me but many applauded me. I even earned the name of Queen of comebacks,” she said.

Nqobile went into the final eight in the competition.

Nqobile is set to release a commercial house single on Friday titled “Emazweni” which she has done with DJ Givit.

Nqobile also hosts Recharge your Mind every Wednesday between 8 and 10pm on Ugu Youth radio.