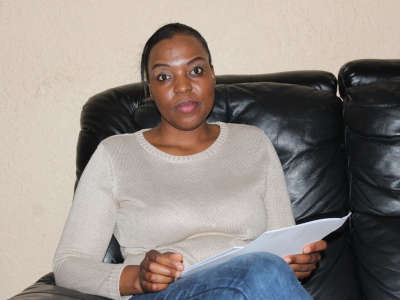 When Sally Mathebula got frustrated with her job, she was tempted by Pastor Barbara Baloyi who promised her heaven and earth.

Baloyi was so convincing, Sally quit her job and invested her pension money in the pastor’s consulting company that did Forex trading.

“I resigned and invested R300,000 in Baloyi’s company with a guarantee of getting 20% of the money each month for five months,” said Sally with tears in her eyes.

“I never received a cent.”

She said whenever she enquired, she was told there were delays and her money would be deposited at any time but nothing happened.

Looking back, 41-year-old Sally from Polokwane regrets ever meeting Baloyi.

“I trusted her because she is well-known and a woman of God,” she said.

“I ended up suffering financially, mentally and emotionally. I couldn’t pay for my two children’s school fees, the bank almost repossessed my house. I had to lie to my relatives so they would lend me money to buy food.”

Sally said she got a lawyer and Baloyi paid R152,000 in instalments, but she stopped paying in October 2019.

“My lawyer tried to attach Baloyi’s assets but we found out two other lawyers had already done that. That means I will never get the outstanding R148,000.”

Cap in hand, Sally went back to her former employer to beg for her job back.

“People must do research before they get themselves involved in dodgy businesses,” said Sally.

Pastor Baloyi said the forex deal failed and the money was gone.

“I wanted to take responsibility by paying back her money but lockdown happened. I’m struggling but I’ll continue paying once my things come right. Our matter now needs lawyers and the court,” she said and added: “She knew how risky the business was.”