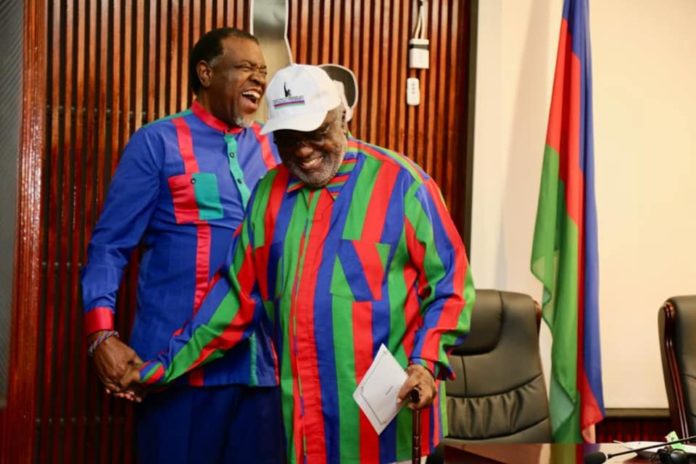 Namibian police have fined the President and other top politicians for breaking lockdown rules.

The gathering which broke the rules was the ruling party SWAPO’s 60th birthday party in Parliament.

The guilty included Namibia’s president, Hage Geingob, and the vice-president, and prime minister.

It was all on TV and on SWAPO’s Facebook page – so evidence wasn’t hard to find.

“We were found not on the right side of the regulations and law. We had to admit guilt and we were punished, we paid,” President Geingob told a press conference on Thursday.

The offenders were each fined R2,000.